The proposed sale has been in the works for years and is bound to raise opposition on Capitol Hill. 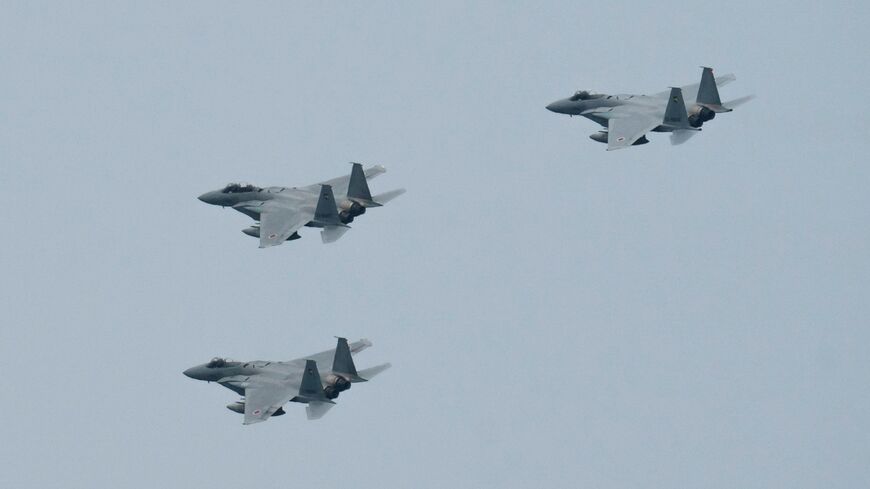 The commander of all US military forces in the Middle East said the Biden administration plans to approve Egypt’s years-old request to buy F-15 fighter jets, despite almost certain opposition among lawmakers due to Cairo’s human rights abuses.

“In the case of Egypt, I think we have good news, in that we’re going to provide them with F-15s,” Marine Corps Gen. Kenneth “Frank” McKenzie told members of the Senate Armed Services Committee today.

McKenzie said the approval process “was a long, hard slog” and added that Egyptian officials "felt it took too long.”

“That’s the basic criticism of our ability to provide weapons to our friends and partners: it takes too long to get them,” McKenzie said in response to a question by Sen. Tommy Tuberville (R-Ala.) during a hearing today.

A State Department spokesperson declined to comment, citing longstanding policy on potential arms sales that have not yet been formally notified to Congress.

Why it Matters: Gen. McKenzie’s remark suggests the Biden administration is willing to sidestep promises of a human rights-based approach to foreign policy — and risk a potential showdown with lawmakers — in order to improve Washington’s ties with Cairo, while strategic rival Russia remains bogged down in Ukraine.

The Context: Egypt’s interest in the F-15 dates back to the 1970s, but Washington’s approval has remained elusive, even as regional neighbors Israel, Saudi Arabia and Qatar have received the Boeing-made aircraft.

The US has also historically sought to limit Egypt's acquisition of air-to-air missiles with ranges longer than 80 kilometers (50 miles), despite appeals from Cairo.

Regional Tensions: The Biden administration is also in talks over upgrading Turkey's fleet of lighter, smaller F-16s after Ankara's access to the stealth F-35 was revoked in 2019. The administration has not yet clarified whether it thinks Cairo's acquisition of the highly-capable F-15 could alter the balance of air power in the eastern Mediterranean.

At the very least, progress on the F-15 proposal seems to suggest the Biden administration is not seriously concerned about Egypt's veiled threats to use force against Ethiopia over its massive Nile dam project.

What’s Next: Not all details of the planned F-15 sale have been finalized, one of the former US officials said, meaning there will likely be time for opposition in Congress to mount before the administration issues a formal notification.