Northwest Syria's Arabian horses at risk of being forgotten

Owners of purebred Arabian horses in northwest Syria are unable to register the animals without access to the World Arabian Horse Organization. 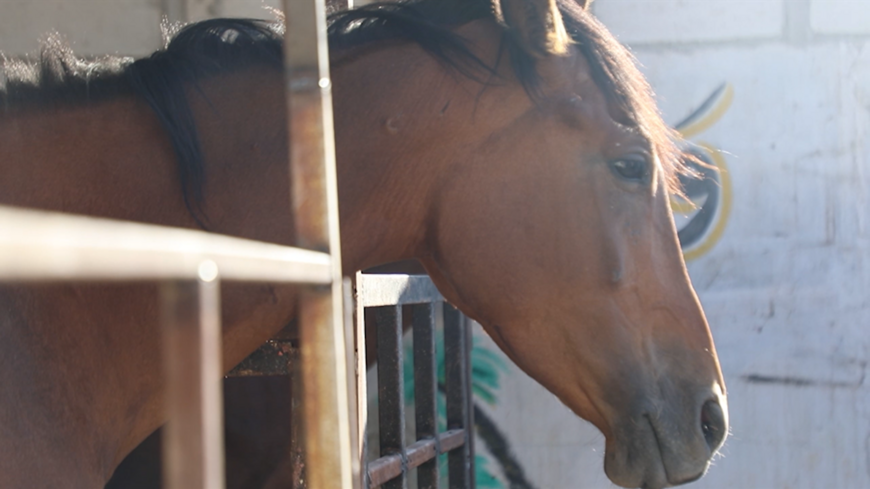 Horse owners in northwest Syria are unable to officially register their horses and obtain a stamp confirming that they are purebred Arabian horses, because the activity of the World Arabian Horse Organization in Syria is limited to the government-controlled areas only.

When horses are not officially registered and a certificate proving that they are purebred is not obtained, their lineage is lost. This is especially a tragedy since many of them have perished under the shelling, not to mention the shortage of medicines and material needed for their breeding and their high cost.

Meanwhile, psychiatrists and social counselors in northwest Syria provide counseling to people with mental illnesses such as autism, or those suffering from social exclusion (pariahs) due to a permanent disability, which they developed as a result of the ongoing war in Syria. In many cases, the doctors recommend raising horses or cats for patients who are not comfortable sharing their problems with other people. This also helps patients forget their worries without revealing their secrets to anyone.

Many cases of improvement have been recorded among people with mental illness through this method.

Races and festivals are also organized to introduce Arabian horses in northwestern Syria, amid a great turnout among citizens for horse-back riding.