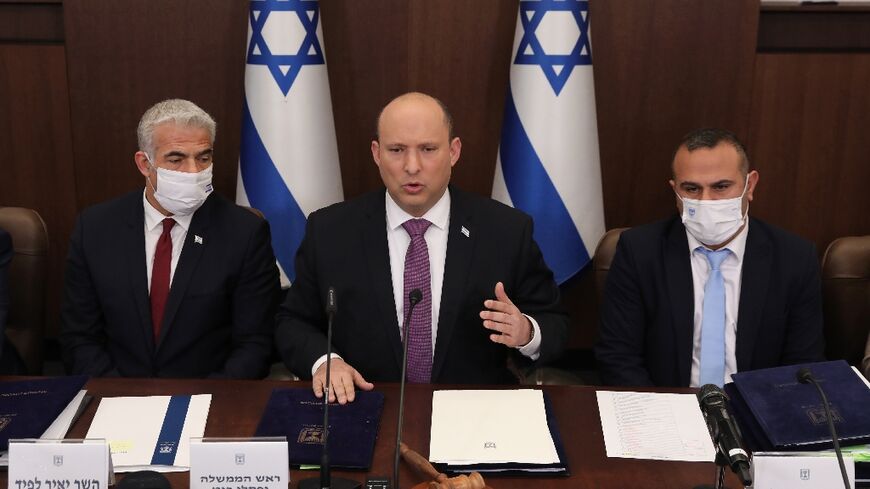 A senior Israeli official said that in Bennett's call with Putin, the prime minister "said that Israel is ready to assist as much as required and at any time, in order to help resolve the crisis".

"This is due to Israel's special status and good relations with all parties," the official said, adding that "the two leaders agreed to maintain continuous contact between Russia and Israel".

Ukraine's embassy in Israel posted on Facebook that it "highly values" Israel's efforts "to promote the mediation process and to stop Russian offensive in Ukraine."

Israel has sought to preserve its delicate security cooperation with Moscow, given the large Russian military presence in Syria, where Israel conducts regular air strikes on what it calls Iran-linked targets.

Israeli Foreign Minister Yair Lapid has condemned the Russian invasion as "a violation of the international order," in the strongest language used by an Israeli official since the Russian offensive was launched on Thursday.

But Russia's embassy in Israel said it expected security ties to continue.

"We are maintaining close contacts with our Israeli colleagues," the embassy posted on Facebook.

"We do not want Syrian territory to be used for actions against Israel or anyone else", the embassy said.

"Our military officials discuss the practical issues of this substantively on a daily basis. This mechanism has proven to be useful and will continue to work."

Bennett said he would hold a dedicated security cabinet meeting on the Ukraine conflict later Sunday looking at the "diplomatic and economic aspects" of the crisis, including "the absorbtion of immigrants".

The Jewish Agency, which processes Israeli citizenship applications for Jews living abroad, has said it was setting up processing centres at several Ukrainian border crossings, in anticipation of Jews fleeing and requesting moves to Israel.

The ministry also confirmed media reports that Lebanese and Syrian nationals had boarded some of the buses dispatched to drive Israelis out of Ukraine.

Israel has no diplomatic relations with its two northern neighbours.