The revival of a controversial bill in Iran seeks to limit the country’s access to the internet. 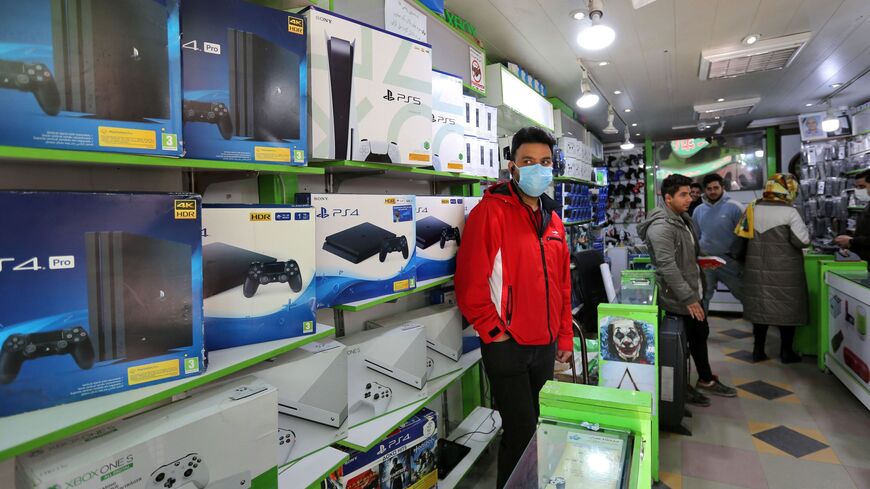 A vendor sells PlayStation 4, PS5 and Xbox game consoles at a shop in the central market of Iran's capital Tehran on Jan. 24, 2021. - ATTA KENARE/AFP via Getty Images

Iranian members of parliament have pushed ahead a controversial bill that would essentially cut off most Iranians from the internet and hand over the country’s internet infrastructure to the armed forces.

On Feb. 22, a special parliamentary committee approved the general outline of the “Bill to Protect Users in Cyberspace,” first introduced three years ago. Last July, members of parliament attempted to push through the bill but decided to pull back after widespread criticism.

Jalal Rashidi Koochi, a member of the special committee and the only member to vote against the ratification of the outline, began gathering signatures in parliament to return the bill to open session. So far he has collected 150 signatures. There are 290 members total in Iran’s parliament.

Reformist Arman Daily wrote that ever since the bill was introduced, there has been widespread criticism, especially over concerns that it would adversely impact businesses, violate the rights of citizens and infringe of the privacy of internet users.

A member of the parliament who spoke to Arman Daily said that the special committee should not have brought the bill to a vote while parliament was still studying the country’s proposed budget. He said that a 45-minute session to study such a bill was not enough time. Behzad Pourseyed, deputy of parliamentary laws, also published a letter claiming that the special committee had not properly gone through the correct parliamentary procedures and that their vote was not valid.

Many Iranian twitter users used a Persian hashtag of the name of the bill to discuss their opposition. Dissident Akbar Ganji, who now resides in the US, tweeted a video of the last presidential election in which the sole Reformist allowed to run, Abdonasser Hemmati, criticized then front runner Ebrahim Raisi, saying, “Do you know what will happen if you close Telegram? Millions of jobs will be lost. This is not North Korea.” Many Iranian small businesses use Telegram to conduct business transactions and conduct sales. Creating a tiered system of internet access, which authorities have discussed in the past, would create barriers to entry and another level of bureaucracy for Iranian businesses.

Another Twitter user quoted the late cleric Morteza Mottahari who was influential in the founding of the Islamic Republic before his assassination, saying, “If you want a [strong] society you have to let people choose, even if they choose incorrectly 100 times. …The harm from imposing [something] on people is higher than them making incorrect decisions.”