Egypt plans to export gas to Lebanon by end of February

While Egypt stresses that the route is open for gas exports to Lebanon, two prominent members of the US Congress have called on the Biden administration to reconsider its support for the energy deal between Egypt, Jordan, Syria and Lebanon. 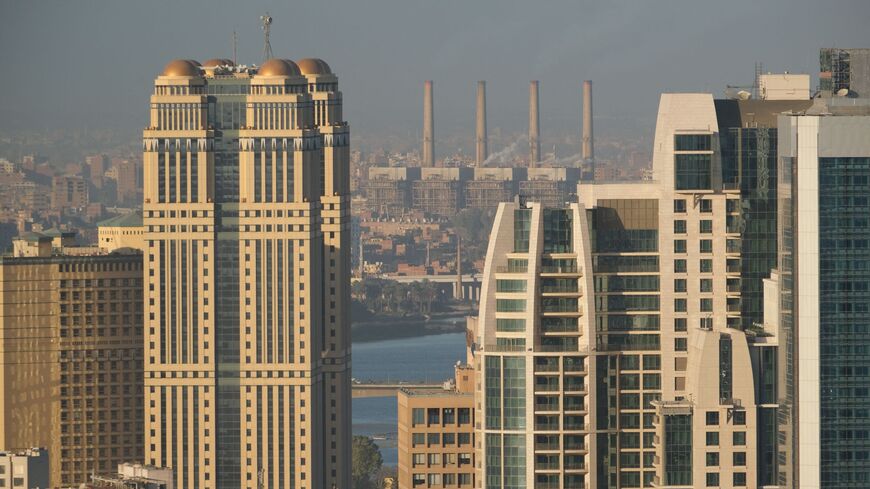 This picture taken on Jan. 13, 2022 shows a view of the Shubra al-Kheima natural gas electrical power station in the background behind high-rise skyscrapers along the Nile river in Egypt's capital Cairo. - AMIR MAKAR/AFP via Getty Images

CAIRO — Concerns are growing over an agreement that would allow natural gas to flow from Egypt to energy-starved Lebanon via Jordan and Syria, amid opposition from some US lawmakers and technical obstacles.

On Jan. 31, Egypt’s Minister of Petroleum and Mineral Resources Tarek El-Molla set the date for exporting gas to Lebanon at the end of February or mid-March at the latest

Speaking in a phone interview on “ON” station, Molla added that work is underway to fix the technical malfunction in the Arab Gas Pipeline in northern Lebanon.

All items have been agreed upon with the concerned parties, Molla said, and all that remains is to translate the agreement into contracts that align with the rules and regulations of each country.

On Sept. 8, 2021, the energy ministers of Egypt, Lebanon, Jordan and Syria agreed during a meeting in Amman to provide natural gas and electricity to Lebanon via Jordan and Syria. The plan, which came as part of a US-backed World Bank proposal to help ease Lebanon’s energy crisis, would also benefit Syria, which would keep some of the gas that will pass through its territory.

The plan, however, would violate the 2019 Caesar Syria Civilian Protection Act, which levies US sanctions on entities who support the regime of Syrian President Bashar al-Assad in several sectors, including energy.

“There are no obstacles linked to [the US] Congress or the Syrian territory, and the Egyptian exports of gas will not impact local consumption especially since Egypt is developing renewable energy; so the percentage of domestic gas consumption will decrease,” Molla said.

The official spokesman for the Egyptian Ministry of Petroleum, Hamdi Abdel Aziz, told Al-Monitor that he had no information on whether Egypt has obtained written permission from the United States to proceed with the gas export plan. However, he underlined that if that happens, it would be officially announced.

Meanwhile, top Republican lawmakers on the House and Senate’s foreign relations panels called on the Biden administration to reconsider its support for the energy deals.

The two lawmakers urged the Biden administration to find alternative ways to support Lebanon, saying, “We have serious concerns that the administration has provided a blueprint for circumventing Caesar sanctions in the future, by involving the World Bank.”

Maher Aziz, a member of the World Energy Council, told Al-Monitor that if the Biden administration "reconsiders allowing the supply of gas to Lebanon through Syria, the deal will not be implemented; however, this is difficult to predict for now.”

For months, the Lebanese fuel shortage has impacted various sectors, including hospitals, bakeries, communications, and food industries. Daily power outages have worsened an economic crisis that has been classified by the World Bank as one of the three most severe crises since 1850.

Under the September deal, Lebanon would receive 60 million to 65 million cubic feet of Egyptian gas per day for at least 10 years, according to Molla’s statements on Nov. 16.

Aziz said, “The recent discoveries of gas fields in Egypt, as well as surveys and analyses, confirm the existence of huge reserves of natural gas. This makes Egypt capable of achieving self-sufficiency and exporting the surplus.”

He added that Egypt is capable of exporting gas to Lebanon and other countries for at least 25 years without impacting local consumption. Egyptian production of natural gas is estimated at about 7.2 billion cubic feet per day, while its average domestic consumption is about 5.8 billion cubic feet.

Under the plan, Egyptian gas would be pumped to Lebanon via the Arab Gas Pipeline from north Sinai through Jordan, to the Jordanian-Syrian border, then to the city of Homs, to finally reach the Deir Ammar area in Lebanon. The total length of the line is 1,200 km.