The woman, who is living in the Al-Roj camp in northeast Syria, had sought repatriation to the United Kingdom. 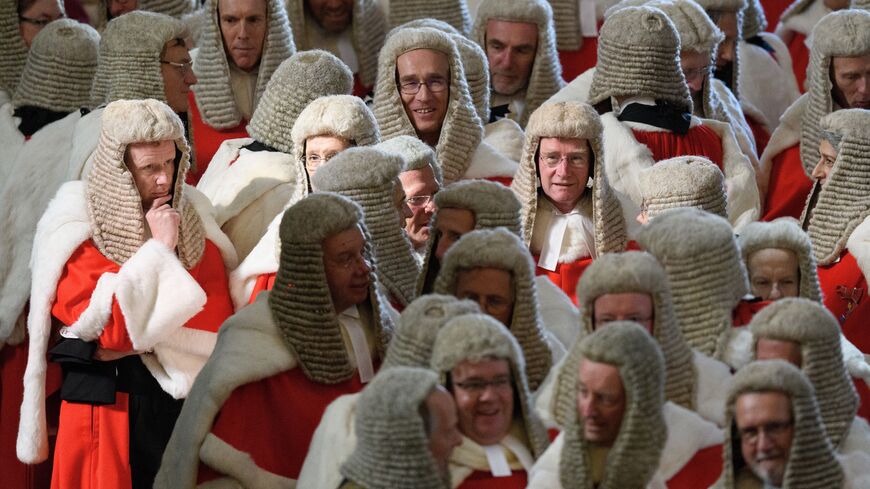 High Court judges wait in Westminster Abbey, ahead of the annual service to mark the start of the legal year, on Oct. 2, 2017, in London. - Leon Neal/Getty Images

The United Kingdom’s Court of Appeal said Wednesday that it was unlawful for the British government to revoke the citizenship of a woman held in northeast Syria without informing her first.

The woman, identified by the court only as D4, has been living with other Islamic State-linked women and children in the Kurdish-run Al-Roj camp since 2019.

D4, who also has Pakistani nationality, requested she be repatriated to the United Kingdom. But her lawyers were informed in September 2020 that UK authorities had stripped D4 of her citizenship 10 months prior.

The UK’s High Court had previously ruled that the stripping D4’s citizenship was “void and of no effect” because the Home Office had failed to give her proper notice. The Court of Appeals upheld that judgment by a a two to one majority on Wednesday.

The court said the British Nationality Act 1981 required the Home Office deliver written notice when a person’s citizenship is revoked.

“There may be good policy reasons for empowering the Secretary of State to deprive a person of citizenship without giving notice, but such a step is not lawful,” Lady Justice Whipple said in a judgment Wednesday.

Whether to repatriate and prosecute those like D4 who traveled to the region to join the terrorist group has proven to be a thorny issue for Western governments, many reluctant to get involved in what can be a politically unpopular subject at home. Some 2,000 suspected foreign fighters, along with their wives and children, remain in a sort of legal limbo under the custody of the US-allied Syrian Democratic Forces, which ousted IS from its last Syrian stronghold in Baghouz in March 2019.

D4 is held in the same Syrian camp as Shamima Begum, a woman who left London as a teen to join IS and who has also challenged the UK’s decision to revoke her citizenship over national security concerns.