The Hürjet is now expected to take first flight next year. 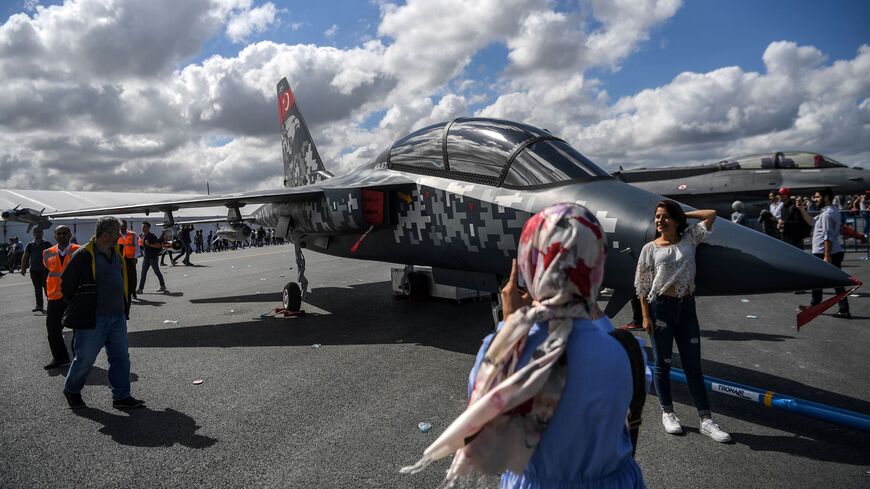 The announcement came after the body held a meeting with President Recep Tayyip Erdogan on Wednesday.

Turkey plans to export the Hürjet, which is a jet engine modification of the propeller-driven TAI Hurkus, following the success of Ankara’s armed drone sales abroad.

The new aircraft, scheduled to fly in 2023, was designed to train Turkish pilots to fly fifth-generation fighter jets such as the F-35.

Turkey’s expulsion by the US from the F-35 Joint Strike Fighter program, however, led Erdogan’s government to plan to produce its own fifth-generation fighter.

Erdogan promised last week that the defense industry would unveil an indigenous Turkish fifth-generation fighter by next year.

The TF-X concept plane closely resembles the F-35 in appearance. Erdogan said the aircraft will first take to the skies in 2025 and will be put into service in the Turkish Air Force by 2029.

Erdogan has increasingly pushed Turkey’s defense industry towards independence from foreign suppliers since Ankara was expelled from the F-35 program in 2019 over its purchase of Russia’s S-400 missile defense system. Also in 2019, Germany’s Rheinmetall cancelled plans to jointly produce Turkey’s Altay tank.

Erdogan on Friday emphasized Turkey’s drive towards a self-sustaining defense industry at a ceremony marking the launch of the country’s first intelligence-gathering naval ship, the TCG Ufuk.

“We are no longer seeking direct acquisition of systems from abroad,” Erdogan said.

The Turkish president boasted in October of plans to expand defense cooperation with Russia to build ships, submarines, aircraft engines and rocket-launch platforms.