Displacement and exile have become a common narrative for Syrians since 2011. 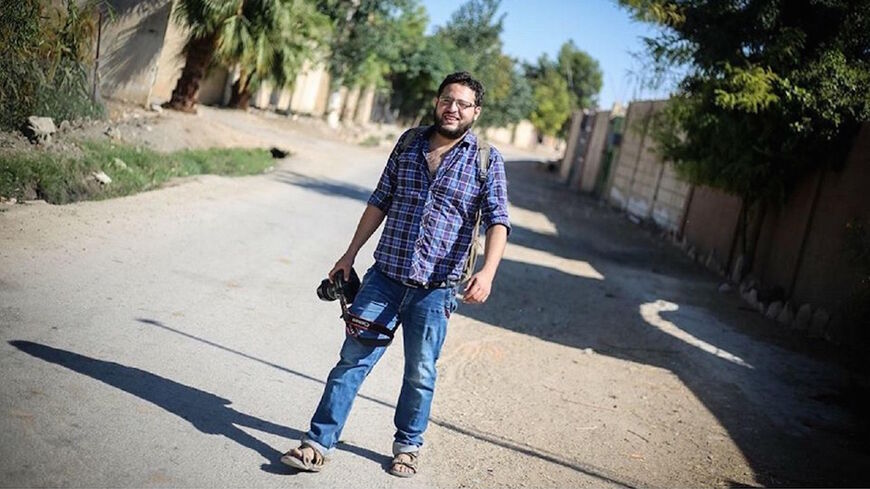 March 15, 2011, marks the Syrian "Day of Rage," triggered by the detention of children in Dara and inspired by the hopes unleashed in the Arab Spring. This was the day when protests began in Syria against all that was wrong — corruption, human rights abuses, grinding poverty, and so on. Hundreds took to the streets, then thousands, then more than a million.

Being an activist in a war zone is not something people choose to be. It is a duty that befalls some people when they feel called on to act and do something in the face of the unjust.

Immigration is a common trend in the Middle East. Relocation takes much planning to do properly, but some are forced to leave their homes and are pushed to new places.

As part of this author's work at Columbia University's School of Public Affairs, he met with various figures who were displaced by the conflict. Below are three profiles.

Hani Abbas is a double displaced person. His family was first displaced from Palestine to settle in Syria, and after the Syrian war broke out, he also was displaced from a refugee camp near Damascus. Today, Abbas is one of the world’s recognized cartoonists. In 2014, he was selected for the “Cartoon for Peace” award by former UN Secretary-General kofi Annan.

Abbas' story began in Yarmouk camp for Palestinian refugees where he was born and lived with his family. Drawing and painting images, he powerfully captured and illustrated the hopes, fears and disillusionment of a new generation.

During the Syrian uprising, he was inspired by what was happening around him and the stories of those who left or died. He described to Al-Monitor his feelings when he was painting a new piece in Syria. “Imagine every piece you are painting could be your last piece, or maybe you will not be able to finish it. All those emotions and passion blended into me doing my best art at that time,” he said. 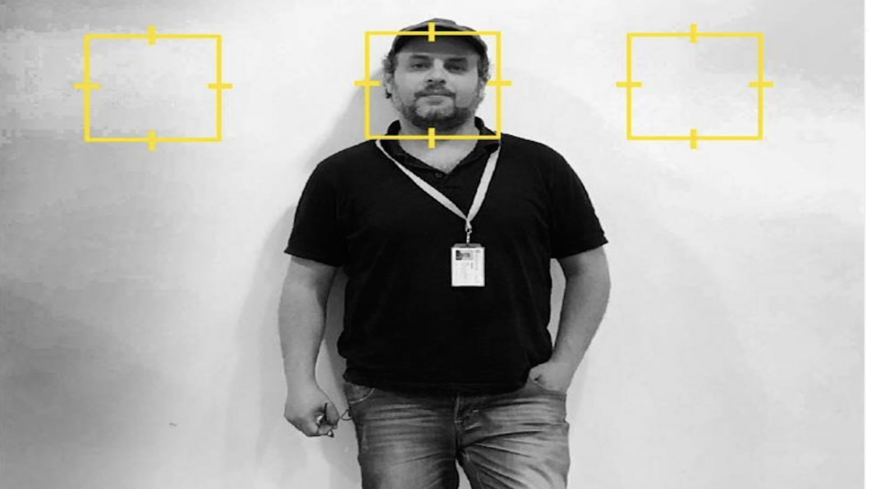 After being presented the award in Geneva, Abbas sought asylum in Switzerland, hoping to find safety and security for his wife and two children.

“I still remember my last few months in Syria. I was besieged in the Damascus countryside, and bombardment was taking place in the area. Drawing under shelling was terrifying,” he said.

Abbas said he cannot compare the art he makes now to the art he made in Syria. “My art is now different, or maybe I should say the feelings about it. When I was drawing in Syria, I was in direct touch with the actions, living in danger. That gave me energy and hope in the change that might come.”

Still, he expressed profound disappointment at the lack of international efforts to hold the Syrian regime accountable and to get them to relinquish control. He wrapped up his interview saying, “I am dreaming every day about going back to Syria … but I will never return before that criminal regime is toppled.”

College student Anas al-Kholi was among the first to take to the streets, alarmed at the rising brutality pitted against people’s daily lives. His phone was his weapon, documenting the unfolding days, the demonstrations, attacks, fighting, fire, or from time to time, the celebration of a wedding. He wanted to be close to the frontline, on the frontline, where Syrian life was being ripped apart — bullets flying in every direction, bombs falling, rockets exploding. Al-Monitor was in regular contact with Kholi at the time. He was repeatedly injured by the shelling and bombings, but kept on pulling threw and documenting again.

Kholi was documenting abuses on all sides, both governmental and opposition. Opposition groups wanted him to cover only the regime violations, but not theirs. When he turned his camera on them, they arrested and imprisoned him.

He tells of his forced evacuation from his hometown of Ghouta, in Damascus countryside, along with thousands of others, when chemical weapons were reportedly used.

“On April 1, 2018, the evacuation began from my town after a bloody time and chemical attacks killed hundreds of civilians. I was evacuated to northern Syria.”

He stayed in northern Syria until early 2019 when his journey brought him away from his country. “I crossed to Turkey seeking medical attention for my daughter and myself. At the same time, I applied for asylum at the French Consulate in Istanbul.” He was one of the luckier Syrians. “My request was accepted, and I moved to Strasbourg in France in June 2019,” he added.

He decided to use his experience in Syria under the bombs to work in France. He is now a photographer for a French student organization in Strasbourg called “Organisation des Jeunes pour L'Union Europeenne et Africaine,” covering their activities and filming their demonstrations. He differentiates his work in Syria and France, saying, “Every snap I took in Syria was representing an action, pain, death and loss; meanwhile, in France, it is just an event.”

His work was a mix of humanitarian, political and fun stuff from time to time. But now he is away from any political work; he thinks there is no reason to do political activities these days as long as the international community has no will to take down the Syrian government. “I believe that if the international community wanted to take [President Bashar al-] Assad out, they could have done that since 2012. The political work from Syrians now is useless; even doing it now after all that destruction and loss is just wasting time.”

He still has his sense of humor, even after all the horrors he witnessed and suffered. “Always the first 100 years of a revolution will be tough, but then it will get easier, or we get used to it,” he concluded.

When the revolution broke out in 2011, Mohammad Abdullah, or as he prefers to be called Artino, was working as a supervisor at the Apple store in Damascus. The revolution drew him and his camera into the streets, documenting the unfolding history. In 2013, he was filming clashes between the Free Syrian Army and Syrian forces when he was hit by a mortar bomb.

He lost his knee, broke his leg, collarbone and finger. That triggered his treacherous journey to find medical care, leading him far from his homeland. “I had to leave Syria because I needed many surgeries that are impossible to do in a besieged area,” he told Al-Monitor. “I was smuggled through many Syrian towns and across the border to Lebanon.”

In Lebanon, he began the long road to recovery and applied to the United Nations for resettlement. 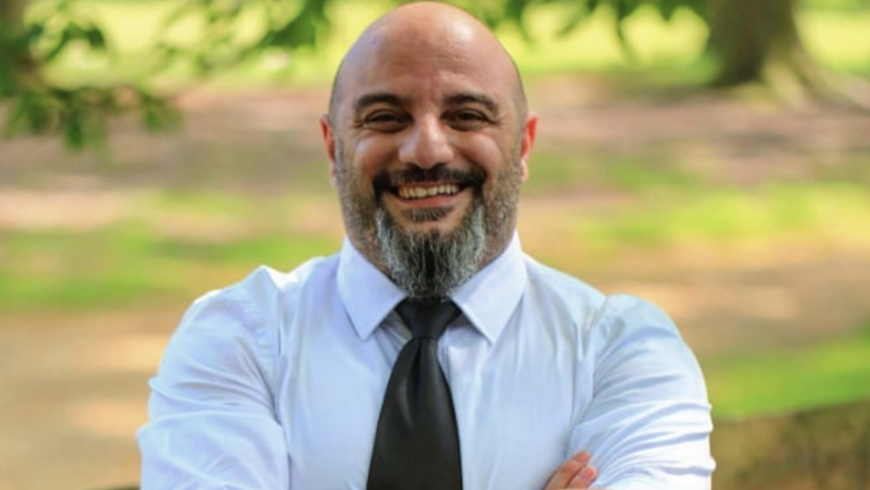 Artino found it hard to walk or stand for long hours, ruling out his old work in sales. But his work as a photographer during the revolution helped him to land work at a cafe as a photographer. Finally, he was resettled in Belgium, where he married and now lives with his wife.

Artino still holds Syria close, saying, “I would love to go as soon as possible to see my family, my neighborhood, the streets where I used to play. But as long as this regime is there, I would not be able to go back.”

When asked what the Syrian people should do now to help peace progress, he shook his head and said, “I don’t want to be pessimistic, but all those political declarations and negotiations for years could not free one prisoner. Now, as we are talking, people in government prisons are being tortured and maybe killed.”

But he is clear that the humanitarian crisis must be addressed. “We should work on supporting the displaced people who are living their lives in tents — that is inhuman,” he added.

According to the UN, “Nearly 5.7 million registered refugees, including almost 2.7 million children, live in Egypt, Iraq, Jordan, Lebanon, and Turkey,” making the Syrian crisis one of the largest displacement crises globally.