The video, which was shared by the Israeli military’s Arabic spokesman, shows apparent Hezbollah members trying to launch a spy drone into Israeli territory. 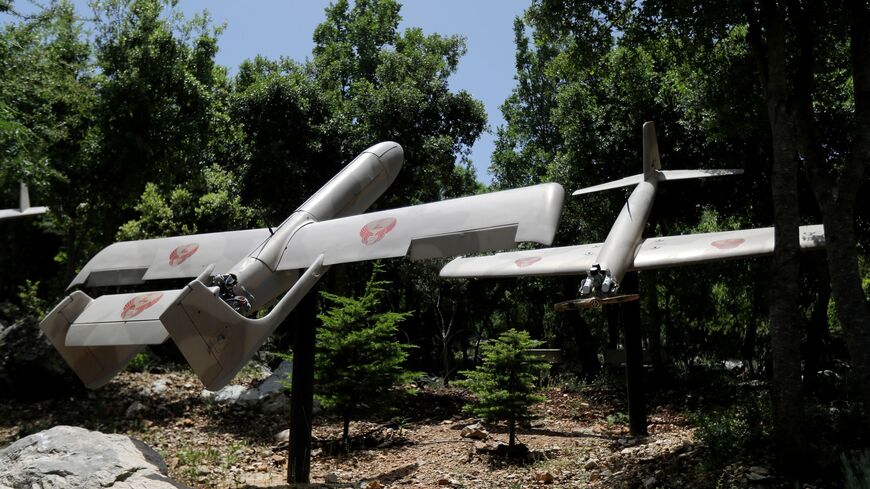 A picture taken on May 22, 2020 shows military drones at the Hezbollah memorial landmark in the hilltop bastion of Mleeta, built in 2010 to commemorate Israel's withdrawal from the country, near the Lebanese southern village of Jarjouaa. - JOSEPH EID/AFP via Getty Images

In the video, two men are seen using a remote to fly a small, white, unmanned aerial vehicle. After the drone flies a few meters off the ground, it quickly crashes near the men. They then hold and examine the drone before the video ends.

The footage was shared by Avichay Adraee, who is the Arabic-language spokesman for the Israel Defense Forces. Adraee is fluent in Arabic and is somewhat of a celebrity in the Arab world, known for his passionate defenses of Israel in standard Arabic. “Nothing scares us,” Adraee tweeted when sharing the video.

The IDF obtained the video via “monitoring” of Hezbollah. The men in the video are members of the Lebanese Shiite Islamist organization and were trying to fly the drone into Israeli territory for espionage purposes, Adraee said in the tweet.

Tensions between Israel and Hezbollah are high, as per usual. The IDF said last week they downed a Hezbollah drone. In November, the IDF drilled for a potential war with Hezbollah. In August, Hezbollah fired rockets into Israel.