The top members on the House and Senate foreign affairs panels cautioned against giving “tacit approval of formal diplomatic engagement with the Syrian regime.” 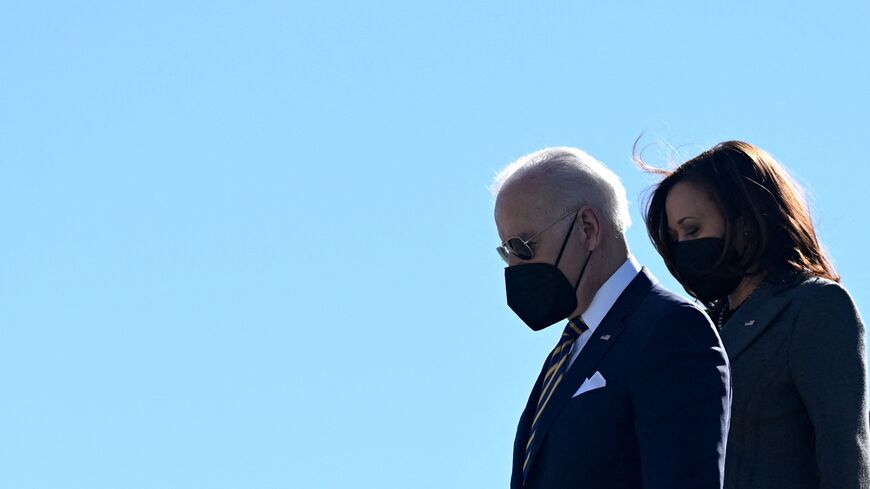 A bipartisan group of lawmakers are calling for President Joe Biden to take bolder action on Syria and have requested an interagency briefing on the administration’s strategy for resolving the ruinous civil war.

Among their recommendations, the lawmakers urged Biden to make use of the Caesar Syria Civilian Protection Act, which authorizes broad penalties against anyone — Syrian or foreign — who provides support for the regime’s military operations or knowingly does business with the government, specifically in the construction, engineering, aviation and energy sectors.

The letter sent Tuesday also recommended the administration “consider consequences” for those who seek to rehabilitate Assad, following a spate of recent diplomatic outreach from US allies including the United Arab Emirates and Jordan. A US-backed energy deal involving Syria, Lebanon, Egypt and Jordan has also raised concerns that Assad’s days as a global pariah are numbered.

“Tacit approval of formal diplomatic engagement with the Syrian regime sets a dangerous precedent for authoritarians who seek to commit similar crimes against humanity,” the letter read.

The Biden administration says it has no plans to “normalize or upgrade” relations with Syria, nor does it support regional efforts to welcome Assad back into the fold.

Why it matters: Activists and lawmakers on both sides of the aisle say the Biden administration has not devoted enough attention to Syria, where a decade of fighting has killed hundreds of thousands of people and spawned the world’s worst refugee crisis. Unlike his predecessors, Biden did not name a special envoy to the war-torn Middle East country.

The Biden team rejects the criticism that it has failed to prioritize Syria. US officials say the focus remains on providing humanitarian assistance, maintaining nationwide cease-fires and ensuring the defeat of the Islamic State. The administration also helped salvage the United Nations’ aid operation in northwest Syria.

“These efforts merely address symptoms of the underlying conflict and will ultimately fall flat in the absence of a broader diplomatic strategy to resolve the decade-long civil war,” the lawmakers wrote.

“It’s recognizing that some of the objectives we might have had as the US government in years past might not be very realistic,” McGurk said during a forum hosted by the Arab Gulf States Institute in Washington.

What’s next: The lawmakers requested the Biden administration provide an interagency briefing on its Syria policy that includes National Security Council participation. They also requested the administration share within two months its strategy on how to ensure US aid dollars aren’t being diverted by the Assad regime.

The letter follows Biden’s Dec. 27 signing of the 2022 National Defense Authorization Act, which gives the administration 90 days to submit a report on US diplomatic and defense strategy for Syria, including its engagement with Turkey and Russia and efforts to prevent Syria’s reentry into the Arab League.

Know more: Read the Congressional letter here, and check out some of Amberin Zaman’s recent on-the-ground reporting from northeast Syria.