Democratic lawmakers called on Biden to bring US counterterrorism policy in line with international law. 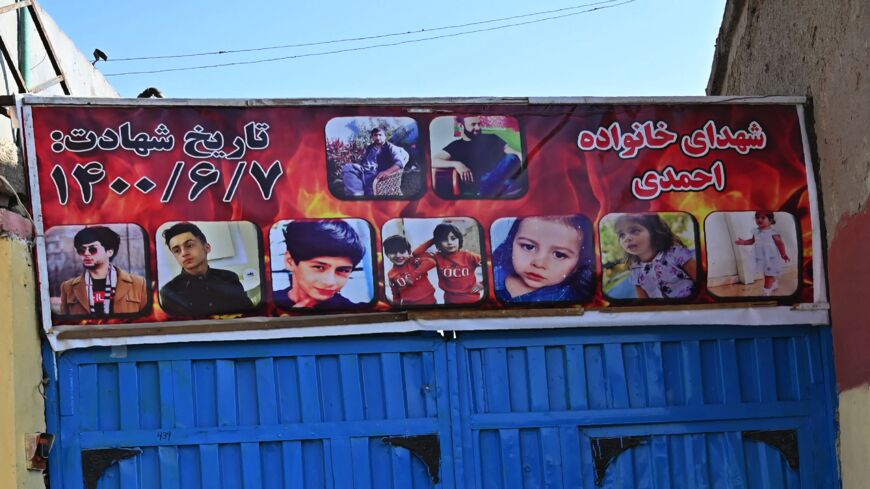 A poster depicting images of Aimal Ahmadi's relatives who died in a wrongly directed US drone strike is installed on top of his house in Kabul on Dec. 14, 2021. - WAKIL KOHSAR/AFP via Getty Images

Fifty Democrats in the House and Senate penned a letter urging President Joe Biden to overhaul US policy for conducting drone and other counterterrorism strikes to bring it in line with international law.

“Over successive administrations spanning nearly two decades, presidents have claimed virtually unilateral power to use lethal force around the world and with congressional authorization, killing not only armed actors but also innocent civilians — even American citizens,” the letter read, in reference to the killings of Yemeni-American Anwar al-Awlaki and two of his children in strikes.

The letter, led by Sen. Elizabeth Warren (D-MA) and signed by a handful of leading progressive Democrats, cites “unintended deadly consequences — killing civilians and increasing anger toward the United States” as the main objection.

Sens. Warren, Chris Murphy (D-CT) and nine other senators signed the letter, along with 39 Democrats in the House.

“As many as 48,000 civilians across seven countries have been reportedly killed by US strikes over the past two decades,” including 2,200 civilians and 450 children in US drone strikes, the letter read, citing a report by the watchdog group Airwars. “Alarmingly, the actual numbers are likely significantly higher.”

The unprecedented letter comes after The New York Times released drone video footage from an Aug. 29 strike on a car in Kabul that killed 10 civilians, including seven children.

Pentagon officials said at the time that they expressed confidence that the strike hit a car bomb destined for US troops at nearby Hamid Karzai International Airport, just hours after a suicide bomber killed 13 Marines and a Navy corpsman as they helped thousands of civilians evacuate the country amid the Taliban takeover.

The letter also cites a recent New York Times report on US airstrikes during the final battle against the Islamic State in eastern Syria in 2019.

“Repeated civilian casualties arising from secretive and unaccountable lethal operations undermine human rights, the rule of law, diplomacy and other nonlethal efforts to address conflicts and fragility, and fuel the very insurgencies and causes that we are fighting to defeat,” the letter read.

Lawmakers who signed on urged the Biden administration to live up to its pledge to fulfill a human rights-based foreign policy by reforming counterterror policies.