Egypt previously agreed to export natural gas to Lebanon via Jordan and Syria. 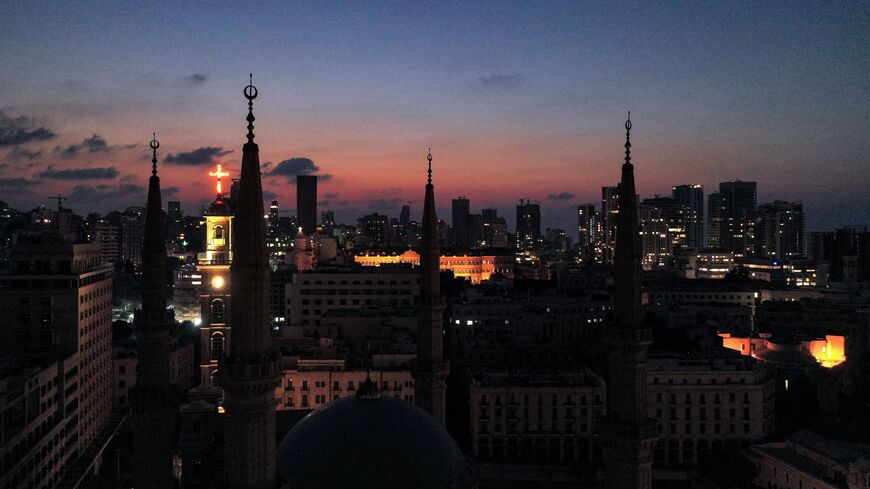 This picture taken on Oct. 11, 2021, shows an aerial view of the lit bell tower of the Saint George Maronite Cathedral and the unlit minarets of the Mohammed al-Amin Mosque near Martyrs' Square in the center of Lebanon's capital Beirut, with buildings in darkness during a power outage. - AFP via Getty Images

Mikati made the request to Egyptian President Abdel Fattah al-Sisi during an official visit to Cairo. Mikati did not give a timeframe for when the gas may be delivered.

“God willing, these requests will be answered as soon as possible,” Mikati wrote in a Facebook post.

The electricity situation is one of the worst aspects of Lebanon’s deepening economic crisis. Many Lebanese only receive a few hours of government-provided electricity a day, if they receive any at all. The Lebanese have traditionally relied on gas-powered generators when the government-supplied power is out, but chronic fuel shortages have made the alternative difficult or impossible for many.

Mikati’s government has been working to alleviate the electricity crisis. In September, Lebanon entered into an agreement with Egypt, Jordan and Syria to export Egyptian natural gas to Lebanon. The same month, Lebanon imported fuel from Iran.

It is unclear where the Egyptian plan from September stands at present. In the meantime, Lebanon is experiencing a massive emigration wave of people fed up with the situation.