Islamic State's spread beyond Syria, Iraq remains concern for US

The State Department's annual report on terrorism said Islamic State branches outside of Iraq and Syria caused more fatalities in 2020 than any previous year. 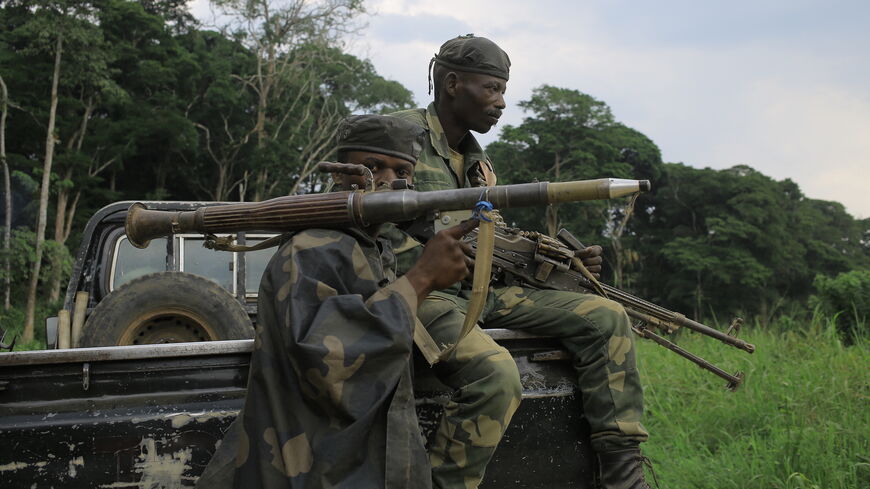 Soldiers with the DRCongo armed forces are pictured Dec. 8, 2021, in the district of Beni, one of the Congolese ares bordering Uganda where recent attacks have been claimed by the jihadist organization the Islamic State. - SEBASTIEN KITSA MUSAYI/AFP via Getty Images

The number of terrorist attacks increased worldwide in 2020 in part due to the spread of Islamic State (IS) branches and al-Qaeda affiliates, the US State Department said in a report released Thursday.

The Country Reports on Terrorism provided annually to Congress said the number of terrorist attacks and resulting fatalities increased by more than 10% last year compared to 2019.

“The terrorism threat we face has become more geographically diffuse,” John Godfrey, acting coordinator for counterterrorism and special envoy to the Global Coalition to Defeat ISIS, told reporters on a call Thursday.

Godfrey described IS, which the report said maintains a low-level insurgency in Iraq and Syria, as a “determined and dangerous enemy” despite its territorial defeat.

“We’re working to build on our gains by sustaining pressure on [IS] remnants in Iraq and Syria, and to deny its global network and branches the ability to effectively operate,” he said.

Of particular concern, Godfrey said, is the terrorist group’s focus on branches outside of Iraq and Syria, which caused more fatalities in 2020 than in any previous year.

IS-affiliated attacks in West Africa killed nearly 5,000 people in 2020 compared to 2,700 people in 2017, according to the report. In Mozambique alone, an estimated 1,500 people died in attacks conducted by the group’s local branch. Last week, the US-led coalition announced the formation of the Africa Focus Group to help address the IS threat across the continent.

The Biden administration has urged foreign governments to repatriate, rehabilitate and prosecute their nationals held in northeast Syria, where the US-backed Kurdish-led Syrian Democratic Forces hold 10,000 suspected IS fighters and their families. Secretary of State Antony Blinken has described the humanitarian situation as “untenable” and a US watchdog report has warned of the potential for prison breaks.

“The situation in northeast Syria with respect to foreign terrorist fighters is absolutely one of the key concerns for US and coalition partners,” Godfrey said, adding that the United States has called on European countries to take the “responsible approach” and repatriate their nationals.

As of Dec. 2021, the United States has repatriated 30 US citizens, of them 13 adults and 17 children, Godfrey said. Among the adults, the Department of Justice has charged 10 with terrorism-related crimes.

Syrians and Iraqis make up the bulk of the fighters held in SDF-run prisons and displacement camps housing the fighters’ families. The report said the government of Iraq “made no significant efforts” to facilitate the repatriation of Iraqi women and children from Syria in 2020.