The blast occurred at a Hamas building, according to Lebanese state media. 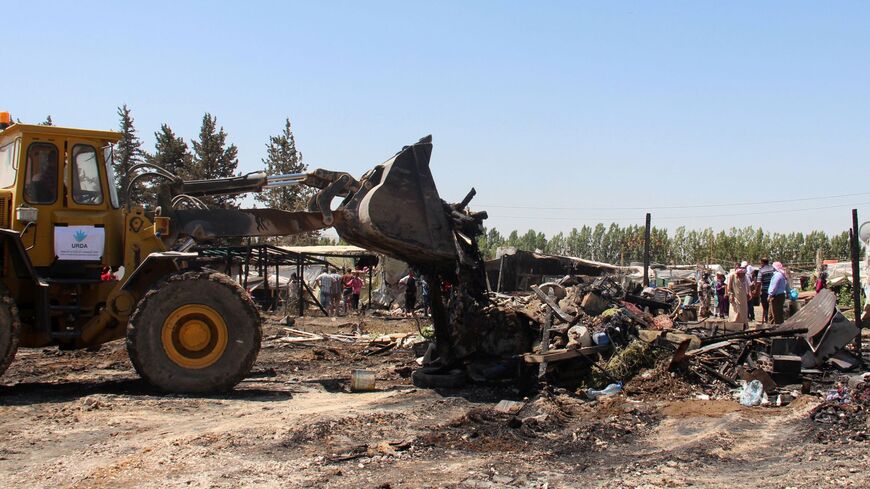 A tractor clears the debris after a fire engulfed part of the Tel al-Sarhoun refugee camp near the village of Bar Elias in Lebanon's eastern Bekaa valley on July 4, 2017. - HASSAN JARRAH/AFP via Getty Images

Several people were killed in Lebanon today after an explosion at a Palestinian refugee camp.

The explosion occurred in the Burj al-Shemali refugee camp near the coastal city of Tyre. It specifically happened at a center used by the Palestinian Islamist group Hamas. The Lebanese army blocked off the camp’s access points as a result, and people in the surrounding areas heard the explosions, the official National News Agency reported late Friday night local time.

The agency did not immediately report specifics on the casualties, but reported some people were killed and injured.

There are more than 100,000 Palestinian refugees living in Lebanon. They came to Lebanon following the first Arab-Israeli war in 1947-48. Many of the refugees and their descendants still live in camps, and face restrictions on employment, citizenship and more.

This is a developing story…