A new Netflix series has kicked off conversations on long-hushed questions about Turkish identity. 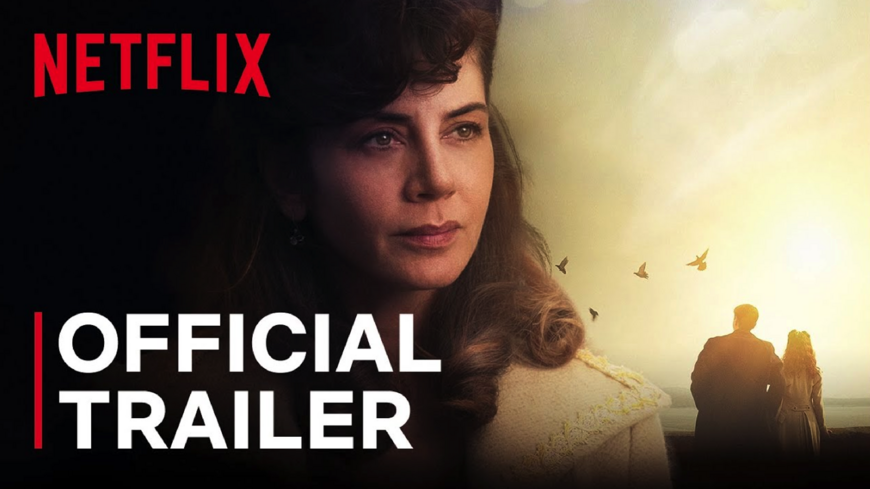 “I cried when I saw a Shabbat candle lit in a Turkish prison,” said a 78-year-old Jewish-Turkish woman who has lived in California for the last three decades. “It turned my head around because I was thinking it is Friday night in Istanbul, and the Israeli couple accused of spying have to spend the Shabbat in prison. 'Kayadez' is the one Ladino word every Jew in Turkey knows. It means discretion; we are told to keep low-profile by our elders for our own good.”

The Netflix period drama "The Club" has generated a lot of chatter among academics, art lovers, minorities and diaspora.

Could a Jew or Christian Turk today observe their religion as the heroine Matilda was able to do so in the 1950s? Arie Akkermans, an art critic and a researcher interested in minorities, told Al-Monitor “If you see, for example, the story of this Jewish French guy who was imprisoned in Turkey, you can see treatment is less than kind." To observe Shabbat in public, he said, “would be indeed impossible today. At the same time, today, it would be highly unlikely to find a Jewish person in a Turkish prison. Have rights of minorities regressed over time? Yes, in the sense that they have become vague and near nonexistent, but no in a paradoxical way: At the time, considering the historical circumstances (wealth tax, etc.), minorities were a part of the discourse of the state, but that's not true today.”

That is why the series was such a loud scream about Jewish-Turkish identity’s visibility. Prominent figures of the Jewish community worked diligently with the actors to speak Ladino well enough to carry dialogues. Jewish customs and traditions, such as kissing a mezuzah when entering a room, were displayed for the first time in a contemporary Turkish show. Indeed, you can also hear English, Greek and Turkish spoken and sung alongside Ladino in the miniseries.

The art and language advisers of the show were excited that they are a part of this beautiful project and expressed their gratitude that vegetarian food was brought to the set to accommodate them. The word “kosher” was diligently omitted in the interview. It is odd to see dietary restrictions (for health or religious reasons) we consider a basic right in the United States are still at the mercy of your hosts in Turkey.

A member of Istanbul’s dwindling Jewish population, Karel Valansi, who is a political columnist for Turkey’s Salom newspaper and a lecturer at Istanbul Kultur University, told Al-Monitor, “Hearing Ladino in the series was really exciting. The natural use of Ladino was also reflected in the characters. Such detailed work moved many people like me. The Jews are portrayed as regular human beings. They are not caricaturized; they are not shown as people with just bad accents and bad tempers. They are depicted as they are, not through a lens made up of prejudices. They are described as human beings with weaknesses and passions, embodying the good and the bad. The series deeply moved many around me. Most of them told me that their eyes were filled with tears while watching. It was a first in many ways. We could see ourselves on the screen for the first time. We could hear Ladino on the streets, in the songs. … And we had the chance to get a glimpse of the life of our grandparents in 1950s Istanbul.”

In 1942, the Turkish government issued the Wealth Tax. But the name is a misnomer: The tax mostly targeted non-Muslims, not wealthy people. Announced abruptly, several buildings were taken over by Muslim elites overnight. When the wealth acquisition was not sufficient, authorities forced men of all ages into work camps. Like Matilda’s father and brother, several of these men never came back.

But is the conversation on this and other atrocities carried in a productive way? Akkermans emphasized potential unintended consequences: “There's this new platform, Nehna, concerned with the Orthodox in Antakya and the surrounding region, and they published a piece about how wealth tax affected all the minorities in the area, and you can see how Jews were bearing such a big burden. The other side of the conversation is when Turks said that it was Muslims who were most affected and that they paid 70% (more or less) of it and so on, but considering how small were the minority communities, you can see how derailed the conversation is. Turkey has always struggled to live with others, and the exploitation of the other followed by fetishization by the elites and eventually apolitical aesthetic viewpoints about the past comes back again and again. Nostalgia is always reactionary.”

Indeed, it is. Just a quick look at conservations on social media reveals that the grandkids of those who instituted the Wealth Tax are delighted to defend those usurpations and ignorance is livid.

In addition to the transfer of wealth from non-Muslims to Muslims and pogroms, "The Club" also hints at signs of increasing “Turkification” through campaigns such as “Citizen, speak Turkish” and denial of access to certain economic sectors.

The miniseries shows how the entertainment industry was Turkified. Professor of anthropology at the University of Missouri-St. Louis Nikos Michailidis and historian Axel Corlu raised a red flag about the portrayal of women in the show.

The main characters are female and so are the producers. Michailidis told Al-Monitor, “I think that 'The Club' did not avoid reproducing some old, problematic stereotypes developed among the mainstream Sunni population regarding non-Muslim women — for example, the representation of the Greek woman as a person of low ethical standards who sleeps with various men, or more broadly the stereotype of a Sunni man having an affair with a non-Sunni “easy” woman. And these stereotypes are of course constitutive of the imaginary of mainstream Turkish nationalism and rhetoric."

Corlu said, “The perception of non-Muslim women as being especially desirable for Muslim men, who nonetheless end up marrying Muslim women in the end. It is skillfully, sometimes overtly and other times subtly incorporated into the story. Non-Muslim women continue to be an object of desire to this day, with associated concepts of morality, and this all fits ‘nicely’ into the patriarchal, deeply unhealthy strain that defines some women as existing ‘for having fun’ and others being suitable ‘for marriage.’”

The reactions to the show reveal painful truths. Non-Muslims are still not accepted as Turkish. Kayadez is still good advice for anyone who does not check the boxes of Sunni Muslim and Turkish simultaneously. There are still good political reasons to keep quiet about your differences. For example, one can go to jail for calling someone a Jew in Turkey.