As of Monday evening Turkish authorities had reported four deaths and dozens of injuries. 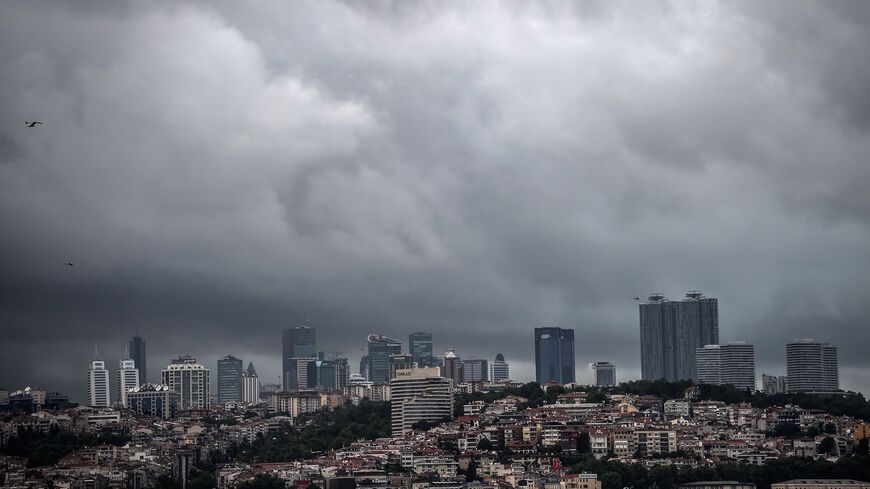 A picture taken in Istanbul on May 28, 2018 shows Maslak and Besiktas business districts under a stormy sky. - BULENT KILIC/AFP via Getty Images

At least four people are dead and dozens injured after a heavy storm battered Istanbul and its surrounding provinces on Monday, toppling a clock tower and causing extensive damage across swaths of Turkey’s biggest city.

Turkish Health Minister Fahrettin Koca confirmed the casualties on Twitter, adding that 38 people were injured as of Monday evening. Injuries and material damage was also reported in the northwestern cities of Bolu and Bursa, he said.

One of the victims died in Istanbul’s Esenyurt district after a torn-off roof fell on the woman and her child, who reportedly survived. A construction worker in the province of Zonguldak in Turkey’s Black Sea region was crushed under a collapsing wall.

The Bosporus Strait, which splits the European and Asian sides of Istanbul, was shut to ferry and ship traffic in both directions. Turkish Airlines diverted six planes to airports outside Istanbul.

Ferry services were also canceled in the coastal city of Izmir, where winds reached up to 177 kilometers (110 miles) per hour, according to Hurriyet Daily News. The news outlet reported that Turkey’s state meteorological service has issued severe weather warnings for 52 provinces.