US sends envoy to engage Gulf, Israel on cybersecurity

A deputy secretary of the US Treasury is heading to the Middle East to talk coordination on maintaining an edge in the digital domain. 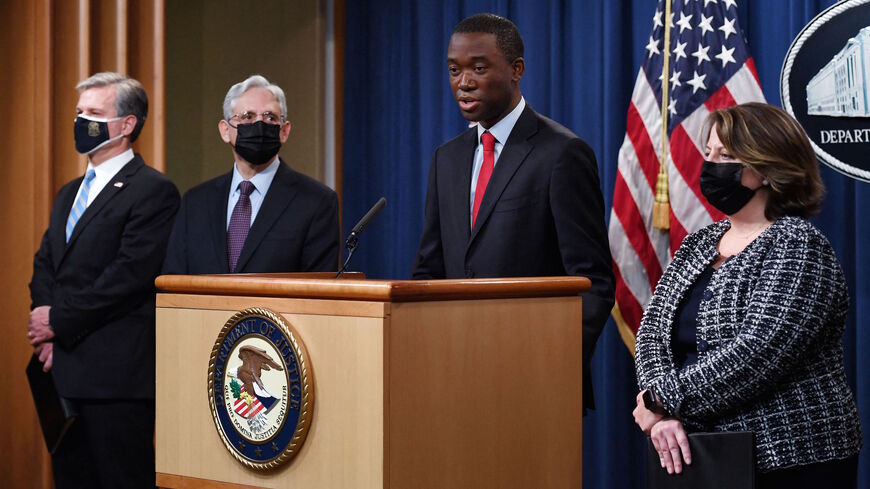 Deputy US Treasury Secretary Wally Adeyemo kicked off a trip to the Middle East on Friday with planned stops in Israel, Saudi Arabia, the United Arab Emirates and Qatar to discuss building cooperation on cybersecurity and ransomware.

Adeyemo’s visit comes amid a daily barrage cyberattacks on US networks, both government and private.

Last month the Treasury Department warned that digital currencies may undermine the effect of US economic sanctions by bypassing dollar-based banking systems.

“The Deputy Secretary’s visit comes on the heels of a sanctions review that emphasized multilateral coordination on sanctions, as well as the threats posed by emerging technologies like virtual assets,” the Treasury spokesperson told Reuters.

On Thursday the FBI issued a new warning to US companies about the risks of Iranian hackers targeting private enterprise. The warning follows a visit by CIA director Bill Burns to Moscow last week, when Burns also discussed cybersecurity issues with President Vladimir Putin.

Washington’s top general, Chairman of the Joint Chiefs of Staff Mark Milley, said last week that the Pentagon’s systems are regularly hit with an “astronomical” number of cyberattacks.

Adeyemo’s trip also comes just over a week after the US Department of Commerce blacklisted Israeli software firm NSO for selling Pegasus smartphone spyware to repressive governments — including Saudi Arabia’s — that then used it to target journalists, activists and dissidents.

The US military’s Cyber Command adopted a new doctrine in 2018 built largely on a principle of “defend forward,” or preemptively disrupting cyberattacks on networks as far from the US homeland as possible.

Adeyemo’s visit is the latest sign the United States is looking to allies to bolster Washington’s position amid increasing strategic encroachments by adversaries in the digital realm.

A group of US Senators have included an amendment into next year's draft defense spending bill that would require American businesses to report major cyber breaches to the US government within 72 hours. The measure would also require certain businesses to report to federal authorities any payments in response to ransomware attacks within 24 hours.