An amended general license allows NGOs in Syria to take part in otherwise prohibited activities, including new investment in Syria and transactions with the Syrian government. 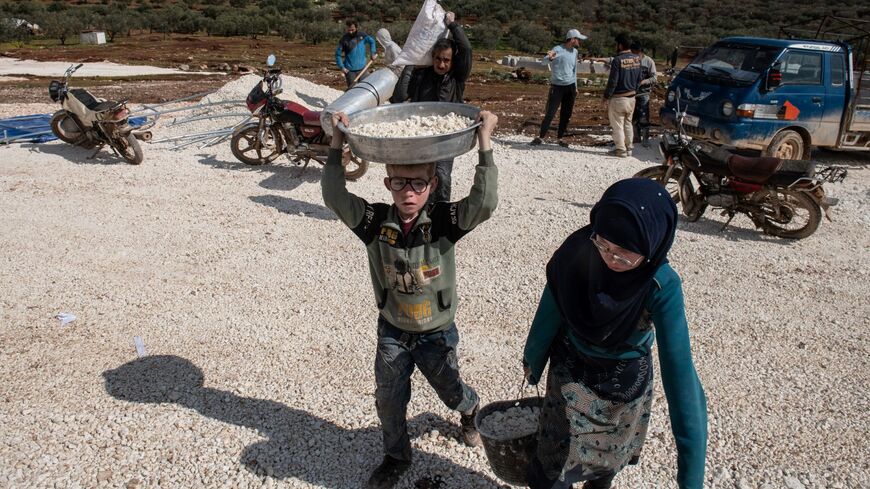 Displaced Syrian children carry their family's possessions as they arrive to a newly built camp near the village of Atmeh on Feb. 22, 2020 in Idlib, Syria. - Burak Kara/Getty Images

The US Treasury Department has rolled out new authorizations for nongovernmental organizations working in war-torn Syria, in a move designed to ensure aid agencies can deliver humanitarian assistance without running afoul of existing US sanctions.

In a statement Wednesday, the Treasury’s Office of Foreign Assets Control said NGOs are now permitted to engage in new investment in Syria; the purchase of Syrian petroleum products for use in Syria; and certain transactions with elements of the Syrian government. The department said those actions are authorized only for not-for-profit activities such as humanitarian projects and democracy-building.

“The US government prioritizes expanding humanitarian access throughout Syria to alleviate the suffering of the Syrian people,” said OFAC Director Andrea M. Gacki. "The US remains committed to ensuring that humanitarian assistance from the international community, including early-recovery-related humanitarian activities, reaches Syrian civilians."

The Caesar Syria Civilian Protection Act, named for the defector who smuggled evidence of war crimes out of Syria, took effect in June 2020. The bipartisan US law allows for sanctions on anyone — Syrian or foreign — who provides assistance to the regime’s military operations or the country’s construction, engineering, energy or aviation sectors.

As the law took effect, some aid workers warned the harsh sanctions could have a chilling effect on those who supply much-needed humanitarian assistance.

During its final six months in office, the Trump administration used the Caesar law and other authorities to issue more than 100 sanctions on the Syrian regime, its enablers and members of Assad’s family. President Joe Biden has so far issued one round of Syria-related sanctions, designating a number of regime prison officials and a Turkish-backed Syrian rebel group in July.

“The United States continues to focus on deterring the malign activities of Bashar al-Assad, his regime, cronies, and foreign enablers, as well as terrorist groups, including by limiting their ability to access the international financial system and global supply chains,” Gacki said.