While many have speculated that Iran-backed militias were behind the attack, hard-line Iranian media outlets pointed the finger at the United States. 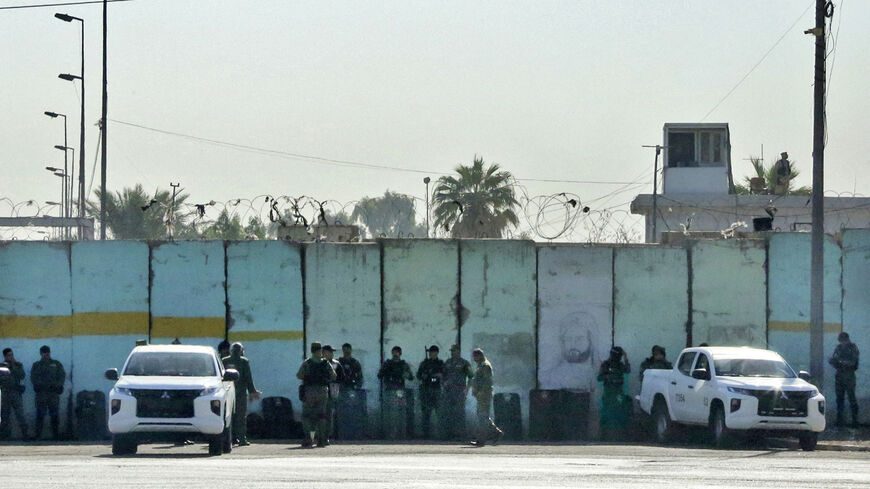 Iraqi security forces take position on Nov. 7, 2021 at one of the entrances of the Green Zone in the Iraqi capital, following an overnight drone attack on the residence of Iraq's prime minister inside the zone. - SABAH ARAR/AFP via Getty Images

Iran has condemned the drone attack on the residence of Iraqi Prime Minister Mustafa al-Kadhimi.

Sunday morning, news reports surfaced that three drones had attacked the home of Kadhimi in Baghdad’s fortified Green Zone. According to Iraqi sources, two of the drones were shot down by the prime minister’s security forces and one got through. Some security officials were wounded in the attack, but Kadhimi himself was unharmed.

The first Iranian official to condemn the attack on the prime minister was secretary of the Supreme National Security council Ali Shamkhani, who tweeted in English, Persian and Arabic, that the attack "is a new sedition that must be traced back to foreign think tanks, which have brought nothing but insecurity, discord & instability to oppressed Iraqi people through creation & support of terrorist groups & occupation of this country for years.”

According to Iranian backed Lebanese media, the head of Iran’s Islamic Revolutionary Guard Corps Quds Force, Esmail Ghaani, travelled to Iraq on a previously unannounced visit. According to the sources, Ghaani met with Kadhimi and also Barham Salih, Iraq’s president. In the meetings, Ghaani reportedly said that Iraq needs “stability and domestic security and unity.”

Ghaani also said that the “demands for protestors to the elections must be addressed within the framework of the constitution.” After Iraq’s most recent election, Iranian-backed forces lost seats, which led to protests and clashes with Baghdad’s security forces. Just before the attempt on his life, Kadhimi had ordered a probe into the clashes that killed one protestor and injured numerous security forces.

After the attempted assassination, much of Western media pointed the finger at Iran-backed forces who lost election seats as the main suspect behind the attack. Iranian media, particularly hardline outlets, however, presented various other scenarios.

An article in IR Diplomacy wrote that there are three possible motives. The first was to provoke an ethnic and sectarian war between Kurds, Sunnis and Shiites. The second was to provoke a war between Iraqi security forces and the "people" (presumably meaning Iran-backed forces). The third was to provoke a United Nations Security Council resolution which would involve them directly in Iraqi affairs.

The headlines of other articles pointed directly at the US for being behind the attack. An article in Mashregh news was headlined, “The finger prints of America’s and the Zionist regime’s embassies in the unsuccessful assassination.” An article in the Raisi-backed IRNA was headlined, “Is America behind the scenes on Kadhimi’s assassination [attempt]?” Another article in Jahan news was titled, “Why the attack on Kadhimi's home is suspicious.”