Iran claims it stopped US from seizing oil tanker

Iran said the US had attempted to steal an Iranian ship carrying oil but was thwarted by the Iranian military. 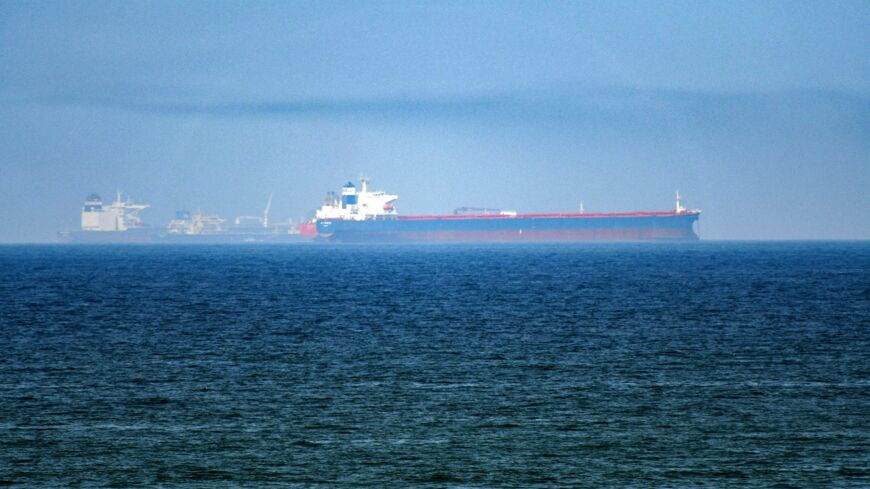 This picture taken on June 15, 2019, shows tanker ships in the waters of the Gulf of Oman. - GIUSEPPE CACACE/AFP via Getty Images

Iran's state-run broadcaster reported today that an Iranian oil tanker in the Gulf of Oman was confiscated by US forces and was being led to another oil tanker in order to empty its contents. However, according to an Islamic Republic of Iran Broadcasting report, members of the Islamic Revolutionary Guard Corps navy helicoptered onto the Iranian tanker and took control of it.

The report said that US helicopters and warships pursued the Iranian tanker but were unsuccessful in taking control of it. The Iranian tanker is now in Iranian waters. The US Navy told Western media that it had seen the reports of the incident but did not have any information to share.

Tasnim News Agency wrote that the “situation is that of a failed piracy.” It added that despite US pressures to sanction Iranian oil and decrease the country’s oil exports, Iran has been able to increase its exports. The article said that the confrontation between Iran and the United States is a sign of Iran’s increase in oil exports and the failed policies of the Joe Biden administration to increase pressure on Iran.

"There is a new wave of exports” with Ebrahim Raisi's administration, said the article, adding that the Biden administration was unable to convince buyers of Iranian oil to decrease their imports and therefore has resorted to piracy to carry out its objectives.

Tasnim wrote that this failed piracy attempt in the Gulf of Oman shows that the United States is an “empty superpower.”

The US sanctions to decrease Iran’s exports is tied to the country’s nuclear program. In 2018, the United States withdrew from an international deal that reduced Iran’s nuclear capabilities in exchange for sanctions relief. The Biden administration says that it wants to re-enter the deal, but agreeing to terms has been difficult. Iran took steps away from the terms of the Joint Comprehensive Plan of Action (JCPOA) after the US withdrawal, and the Raisi administration says it's interested in getting back into full compliance.

The talks to get Iran and the United States on the same page were taking place in Vienna and are currently stalled. Iran has said that the talks will resume “soon” but has not given a firm timeline.

In his latest comments on the stalled talks, Iran’s Foreign Minister Amir Abdollahian tweeted, “The White House calls for negotiations with Iran and claims to be ready to return to the JCPOA. Yet it simultaneously imposes new sanctions on Iranian individuals and entities. We are closely examining Mr. Biden’s behavior.” In a follow-up tweet, he said, "The purpose of negotiations is not talking for the sake of talking, but to achieve tangible results on the basis of respect for mutual interests. The P4+1 should be ready for negotiations based on mutual interests & rights.”