A report from investigative website Disclose said that intelligence from a joint covert military mission in Libya may have been used by Egypt to target and killing smugglers. 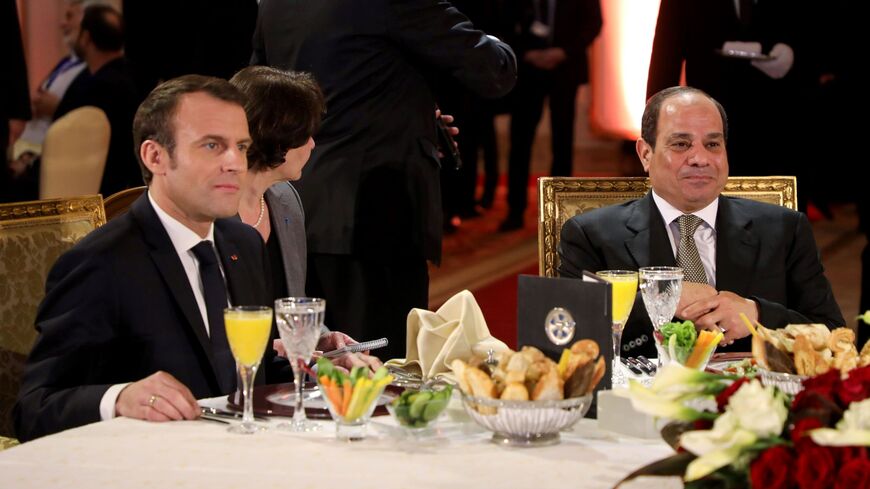 France is investigating a report that its military intelligence was used by Egypt to kill civilians who were suspected of smuggling on the Libyan border, the French armed forces minister said Monday.

Citing hundreds of classified French documents, investigative website Disclose reported on Sunday that Cairo and Paris cooperated on a covert military operation codenamed Operation Sirli, which began as a way to search for terrorist threats coming from civil war-ravaged Libya. The French team consisted of four soldiers and six former servicemen, who arrived in Egypt’s western desert region in 2016.

“But very soon, the French team came to realize that they were being used to facilitate the murders of civilians who were suspected of smuggling activity,” Disclose wrote.

According to Disclose, French forces were linked to at least 19 bombings against civilians between 2016 to 2018, which killed as many as hundreds of people.

The surveillance and reconnaissance flights were limited to western Egypt, where there was little threat of terrorist activity. As a result, only civilians were killed in the mission, according to the source who provided the French documents to Disclose.

“The terrorists are not found in this part of the desert, they are mainly located in the Sinai, at the far northeast of the country,” the source said.

"Egypt is a partner of France with which — as with many other countries — we maintain relations in the field of intelligence and the fight against terrorism," Reuters quotes the the French Armed Forces Ministry as saying Monday.

"In addition, the Minister of the Armed Forces has demanded that an investigation be launched into the information disseminated by Disclose," the statement said.

The far-left France Unbowed party also called for a parliamentary investigation into the report.

The investigative outlet wrote that the French team informed their superiors of the abuses regularly over three years, but they took no action. By the end of the summer of 2016, French military intelligence was “unambiguous in their conclusion that the mission was of no interest.”

In 2019, the French presidential office’s Africa desk reportedly wrote to Armed Forces Minister Florence Parly and recommended she put an end to the operation. Today, members of the French armed forces are still deployed in the Egyptian desert, Disclose reports.

The two countries have deepened their strategic partnership since President Abdel Fattah al-Sisi came to power in 2013. In May, Disclose revealed that Egypt had signed a $4.52 billion deal to buy 30 Rafale fighter jets from France.