Eight Eritreans were expelled in October after being in detention for two years without due legal process or access to the UNHCR; another 12 are thought to be at imminent risk. 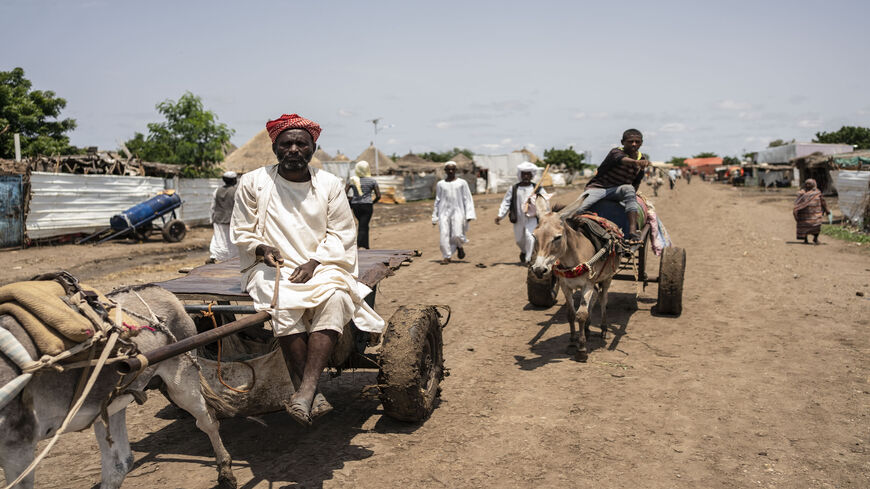 EgyptAir flight MS833 took off from Cairo on Oct. 31 at 10:40 p.m., heading for Asmara, the capital of Eritrea. On board the plane were eight Eritrean refugees of the same family and between the ages of three and 70 who, despite the risk of being detained, ill-treated and tortured upon arrival, were forcibly deported by the Egyptian authorities.

According to a source at the independent Refugees Platform in Egypt, the eight refugees had been held at al-Qusayr police department, in the Red Sea Security Directorate, since December 2019, two months after being arrested for entering Egypt from Sudan irregularly. The group was held without legal basis, as they were not presented to any official investigation body, and they were not allowed to have access to a lawyer or to the local office of the United Nations refugee agency, UNHCR, the same source said. Five of the deportees also have chronic diseases that require medicine and surgery, the Refugees Platform in Egypt stated.

The forced deportation of the eight refugees is causing alarm among human rights groups as it comes when at least 10 other Eritrean refugees in Egypt are currently under threat of deportation, and following the last-minute postponement of sending back two Eritreans in September. The deportations also raise concern as they take place amid an escalating war in Ethiopia, where Eritrea has deployed soldiers. In addition, they cast doubt on Egypt’s projection of itself as a safe haven for refugees, a rhetoric that has earned it the sympathy of the European Union, which has been increasingly open in recent years to channel funds and cooperate with their Egyptian counterparts as part of their strict migration policy.

“Their deportation means that many other Eritrean refugees are at risk,” Helen Kidan, advocacy head for the Eritrean Movement for Democracy and Human Rights, told Al-Monitor. “All Eritrean refugees in detention centers in Egypt are those who are going to be at imminent risk of deportation, and this will have wider implications for those who are still waiting to get refugee status from the UNHCR,” she told Al-Monitor. “If the problem is not properly addressed, it will affect many more people.”

In the last two decades, human rights abuses, indefinite conscription and a faltering economy have made Eritrea one of the largest refugee-producing countries in the world. On the pretext of defending the integrity of the state and ensuring its self-sufficiency, Eritreans are subject to systems of national service and forced labor that effectively abuse, exploit and enslave them for indefinite periods of time, according to a 2015 report of the UN Human Rights Commission of Inquiry on Eritrea. Deserters are likely to face prolonged arbitrary detention, inhumane conditions and torture, and other ill-treatment, a 2016 report by Amnesty International found. There are currently 20,578 Eritreans registered as asylum-seekers and refugees in Egypt, the third-largest national group behind Syrians and Sudanese, according to the October statistical report of the UNHCR.

The UN Human Rights Commission of Inquiry also found that the Eritrean government restricts movements toward the border areas and severely punishes those found crossing. It also warned that, with a few exceptions, those who are forced to return to the country after having fled are arrested, detained and subject to ill-treatment and torture.

Despite being a signatory to the UN and African Union conventions relating to the status of refugees, making the country bound to protect their rights and ensure their safety, Egyptian authorities routinely arrest, and in some cases deport, refugees and migrants in irregular situation, human rights group have documented. Based on the Egyptian border guards data, the source at the Refugees Platform in Egypt said that more than 40,000 asylum-seekers and migrants of different nationalities were arrested between 2019 and April 2021, a period during which deportations were halted due to the interruption of air traffic for a long time, making procedures inside Egypt slow.

In this context, the flouting of Egypt’s obligations with respect to Eritreans is not new, and groups like Human Rights Watch have documented in the past the deportation of hundreds of Eritreans, especially before 2011. Yet since 2016, Egypt’s detention and deportation practices are far more obscure, human rights groups alert. Following the 2016 capsizing of a boat with around 600 refugees on board off the Egyptian coast near Rosetta, Egypt strongly tightened its grip on all borders and closed them to irregular migrants using massive human rights violations coupled with an information blackout, the source at the Refugees Platform in Egypt explained.

At present, the platform has information from community leaders on more than 150 Eritreans being currently held in facilities in Luxor, Aswan and the Red Sea governorate. The Eritrean Embassy in Cairo regularly cooperates with Egyptian authorities by identifying Eritrean asylum-seekers and issuing travel documents to forcibly return them to Eritrea, human rights groups say.

Last September, Egyptian authorities refrained at the last moment from forcibly deporting two other Eritrean refugees, Alem Tesfay and Kibrom Adhanom. They have been arbitrarily detained at Al-Qanater prison near Cairo since 2012 and 2014, respectively, after fleeing Eritrea to escape indefinite military conscription, Human Rights Concern-Eritrea has stated. Both have been ill-treated and held in solitary confinement, and without due legal process and access to the UNHCR. Groups such as HRC-Eritrea and Amnesty International called Egyptian authorities to immediately halt any plans to forcibly return them, release them from prison and ensure their rights are respected. Al-Monitor contacted the UNHCR, but had not received a response by the time of publication.

Now, human rights groups are warning that another 10 Eritrean refugees, who are part of the same family of the eight expelled at the end of October, also risk being forcibly deported soon. The 18 refugees had initially fled Eritrea and entered Egypt via Sudan in October 2019 together seeking protection. They were not granted permission to register with the UNHCR from the authority of their detention center either.

“We are very concerned that the Egyptian authorities have unlawfully deported at least eight Eritreans to Eritrea, where they are at risk of arrest and further violations. We are further concerned that at least 10 other Eritreans are at risk of deportation. The Egyptian authorities should halt further deportation, release all those detained solely for their migration status and ensure that they are allowed to seek asylum,” Hussein Baoumi, an Egypt and Libya researcher at Amnesty International, told Al-Monitor.