The son of an American citizen held in Iran urged Tehran to lift a travel ban on his ailing 84-year-old father. 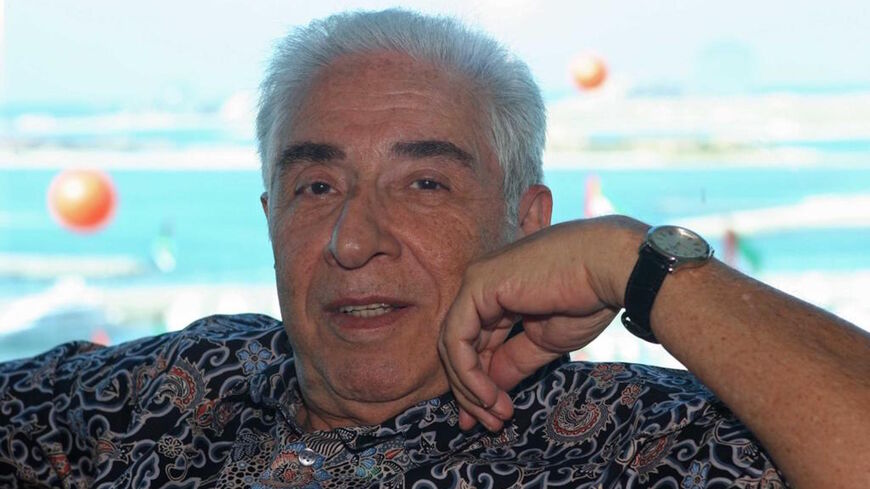 An undated image of Baquer Namazi. - Courtesy of the Namazi family

“In the past several weeks, my family’s worst fears have come to a head,” Babak Namazi said in a virtual press briefing on Monday.

“My father has already lost so much precious time,” he said. “I’m begging Iran to let him spend whatever small amount of time he has left with his family, my brother Siamak included.”

Baquer and his son Siamak are among four dual Iranian-American citizens whose release the Biden administration has been trying to secure as part of indirect negotiations with the Islamic Republic.

Baquer, a former UNICEF official, was arrested in February 2016 by members of the Islamic Revolutionary Guard Corps who lured him to Iran on the premise he could visit his son, a businessman who was detained several months before.

Both men were convicted in October 2016 of collaborating with the United States and sentenced to 10 years in prison in a trial human rights groups described as a sham. After two years in the notorious Evin Prison, the senior Namazi was placed on a restrictive medical furlough and later had his sentence commuted.

But despite his rapidly declining health, he is still barred from leaving the country. His family on Monday submitted an urgent appeal to the UN Special Rapporteur on the Right to Health, explaining that Iran’s refusal to lift a travel ban on him has posed an immediate and grave risk to his life.

The 15-page submission details the 84-year-old’s deteriorating medical condition, including the recently discovered 95-97% blockage in one of the arteries supplying blood to his brain. Neurologists have recommended Namazi undergo surgery within the next seven to 10 days to avoid a fatal stroke. The family believes obtaining surgery abroad gives him the best chance of survival, rather than in Iran where poorly resourced hospitals are overrun with COVID-19.

“Iran’s leaders have known intimately for years about Baquer’s declining health,” said Jared Genser, the Namazi family’s pro bono lawyer in Washington. “They are therefore fully, completely and totally responsible for anything that happens to him now.”

The arterial blockage is the latest health scare for Namazi, who during his detention was hospitalized more than a dozen times, lost multiple teeth and had two heart surgeries, his son said. He suffered from arrhythmia and other serious heart conditions before his arrest and has since developed stress-induced, adult-onset epilepsy.

“Since my father’s arrest, we have lived every day with the fear that it could be his last,” Babak said. “Watching his detention in Evin Prison from afar while he underwent hospitalization and emergency surgeries was a type of torture I would not want to wish on my worst enemy.”

The fate of the detained US citizens is a major sticking point in Washington’s dealings with Tehran. In addition to the Namazis, Iran is holding businessman Emad Shargi and Morad Tahbaz, an environmentalist who also holds British citizenship.

As the Biden administration works to salvage the landmark nuclear deal, US negotiators have engaged in separate, indirect discussions with Iran over the detained citizens. Bringing the four Americans home is a top priority, US officials say.

But the Namazi family has heard similar assurances before, having watched as Siamak was left behind in Iran as part of a 2016 prisoner swap that was negotiated by the Obama administration.