Koi Herpesvirus is deadly for carp, which are a staple of Iraqi cuisine. 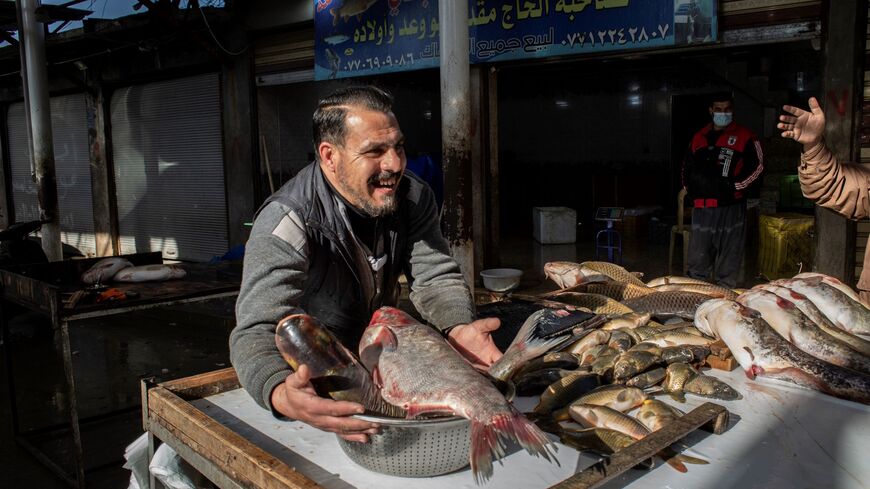 A man sells fish in the fish market at Al-Nabi bazaar on Feb. 28, 2021 in Mosul, Iraq. - Hawre Khalid/Getty Images

Iraqi fish are dying from a highly contagious viral disease, according to local media.

The Iraqi News Agency reported Friday that the Ministry of Environment sent teams to Babil to investigate.

Carp are an important part of Iraqi cuisine and the economy. Though Iraq is mostly landlocked, the country has numerous rivers and lakes, and carp are freshwater fish. Masgouf is the traditional Iraqi grilled fish dish, and is widely eaten throughout the country.

Iraq’s waters have also faced environmental issues in recent years. Basra in the south has been suffering from a terrible water crisis since 2018. Lake Milh in the southern city of Karbala also partly dried up in 2018.

The outlook is not all gloomy, however. Lake Milh and also Lake Habbaniya in the western Anbar province both refilled significantly in 2020. There was also substantial rainfall in 2019 amid concerns about drought.