The US Treasury Department has delisted Iran-based entities sanctioned by the Trump administration for alleged involvement in Iran’s ballistic missile program. 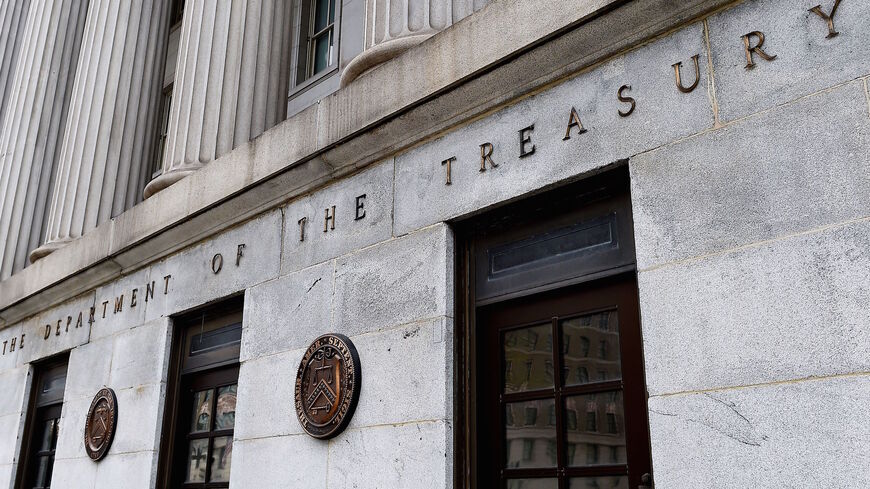 An exterior view of the building of US Department of the Treasury is seen on March 27, 2020 in Washington, DC. - OLIVIER DOULIERY/AFP via Getty Images

The US Treasury Department delisted Iran-based entities on Friday that were sanctioned by the Trump administration for their alleged involvement in Iran’s ballistic missile program.

The department’s Office of Foreign Assets Control (OFAC) determined Mammut Industrial Group and its subsidiary, Mammut Diesel, are no longer blocked under Executive Order 13382, which targets proliferators of weapons of mass destruction and their supporters. The two entities were removed from OFAC’s list of Specially Designated Nationals.

The Trump administration sanctioned Mammut Industrial Group and Mammut Diesel in September 2020, accusing them of being “key producers and suppliers of military-grade, dual-use goods for Iran’s missile programs."

A spokesperson for the Treasury Department speaking on the condition of anonymity declined to say whether there was a change in behavior from Mammut Industrial Group and Mammut Diesel. The spokesperson stressed, however, there was no connection between Friday’s action and the Biden administration’s efforts to bring Iran back to the bargaining table in Vienna.

“These delistings do not reflect any change in US government sanctions policy towards Iran. They have nothing to do with JCPOA negotiation efforts,” the spokesperson said, using the acronym for the 2015 nuclear accord. "The United States will continue to counter Iran’s destabilizing activities, including through implementation of our sanctions."

Why it matters:  Mammut Industries was designated by the Trump administration for supporting the production of ballistic missile equipment for Iran's Aerospace Industries Organization, specifically Shahid Hemmat Industrial Group, which the Treasury described as "Iran’s primary developer of liquid propelled missiles."

The Iranian corporation and the three previously sanctioned Iranians are represented by Erich Ferrari, a Washington-based attorney whose website says he sought the removal of sanctions designations through both the Treasury Department’s administrative delisting process and court challenges brought against OFAC.

“Don't listen to the hype from any purported 'experts,'" he tweeted Friday, along with the Treasury notice. “This is not a political action.”

What’s next:  The delisting comes as negotiations over the landmark nuclear accord remain on hold after months of indirect talks between Tehran and Washington failed to resurrect the deal. In recent weeks, Iranian officials have signaled they are ready to resume negotiations, but have yet to set a date for a seventh round of talks.

The Biden administration is still calling for Iran to resume compliance under the nuclear accord, but warns the window for doing so is fast closing. White House national security adviser Jake Sullivan recently told his Israeli counterpart that “if diplomacy fails, the US is prepared to turn to other options.”

Know more:  Elizabeth Hagedorn has this story on Baquer Namazi, an 84-year-old US citizen held in Iran whose family said this week he requires urgent surgery abroad to avoid a fatal stroke.