The Munich court found Jennifer Wenisch, a German national, guilty of “two crimes against humanity in the form of enslavement." 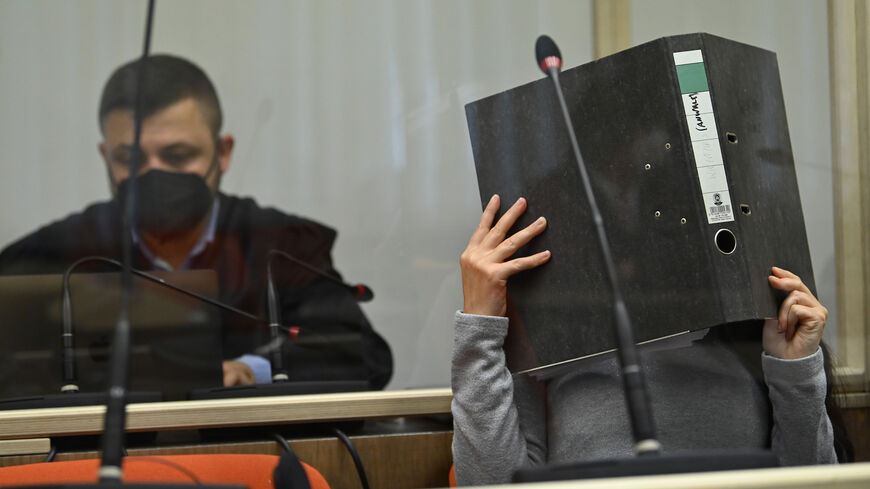 Jennifer Wenisch arrives with her lawyer Ali Aydin for one of the last days of her trial over her responsibility in the death of a young Yazidi girl while a follower of the Islamic State in Syria on Oct. 13, 2021, in Munich, Germany. - Sebastian Widmann/Getty Images

A German woman who joined the Islamic State was sentenced to 10 years in prison on Monday for crimes against humanity after prosecutors said she stood by as a five-year-old Yazidi captive died of thirst in the Iraqi desert.

Prosecutors in Munich said Jennifer Wenisch, 30, and her husband bought and enslaved a Yazidi woman and child in Mosul in 2015. They reportedly brought the mother and daughter to the IS-occupied Iraqi city of Fallujah, where they forced them to convert to Islam and regularly deprived the pair of food and water. The girl’s mother, who the court identified as Nora T., testified about their ordeal.

“After the girl fell ill and wet her mattress, the husband of the accused chained her up outside as punishment and let the child die an agonizing death of thirst in the scorching heat," prosecutors said. "The accused allowed her husband to do so and did nothing to save the girl.”

The case represents a milestone in the pursuit of justice for Iraq’s embattled Yazidi religious minority. In August 2014, IS swept through the Yazidi ancestral homeland of Sinjar in northern Iraq and executed thousands of men, their bodies thrown in mass graves.

Many more women and children were abducted and sold in slave markets across IS-held territory. Some 2,700 Yazidis remain missing, with most feared dead from coalition airstrikes or killed by their captors.

The Munich court found Wenisch guilty of “two crimes against humanity in the form of enslavement.” Wenisch was also convicted of aiding and abetting in attempted murder and of membership in a terrorist organization. She denied all charges.

"You must have known from the start that a child shackled in the blazing sun would be in mortal danger," presiding judge Reinhold Baier told Wenisch.

Turkish security services arrested Wenisch in Ankara in January 2016 and extradited her to Germany. Her husband, an Iraqi national extradited from Greece to Germany, is facing a separate trial in Frankfurt that is expected to reach a verdict next month.