Some members of Congress have grown critical of US support to the Saudi government, some of it revolving around Saudi Arabia's involvement in the Yemeni civil war. 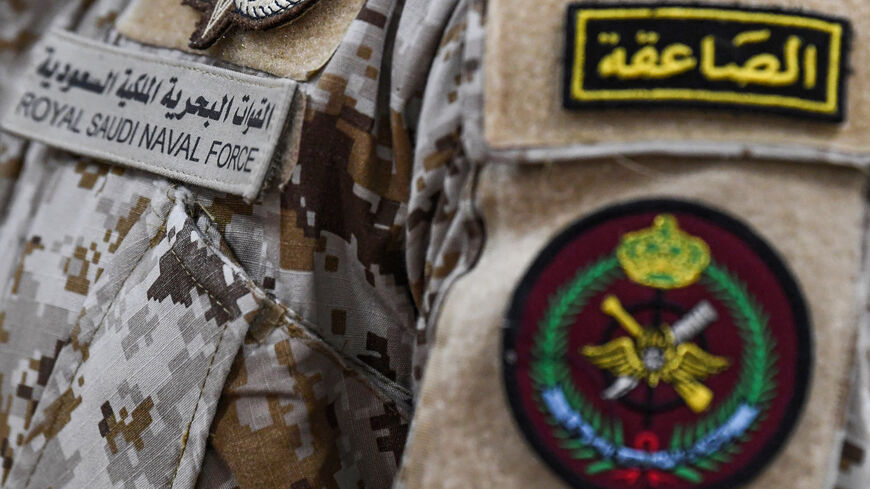 This picture taken on Nov. 5, 2019, during the the International Maritime Exercise in the Gulf waters off Bahrain shows a close-up of a uniform of a member of the Royal Saudi Naval Force's "Thunderbolt" special forces. - KARIM SAHIB/AFP via Getty Images

The US government approved a new possible sale of military-related maintenance services to Saudi Arabia on Thursday.

The Defense Security Cooperation Agency informed Congress of the sale Thursday. Legislators have 30 days from the notification to block or modify the sale before the president can finalize it.

The State Department said the sale will help bolster Saudi Arabia and stability in the region.

“This proposed sale will support U.S. foreign policy and national security objectives by helping to improve the security of a friendly country that continues to be an important force for political stability and economic growth in the Middle East,” the Defense Security Cooperation Agency said in the statement.

The US-Saudi military relationship has come under scrutiny in Washington. Many Democratic lawmakers and some Republicans are critical of US support to the Saudi military. Much of the disagreement focuses on the Saudi-led intervention in Yemen. The murder of journalist Jamal Khashoggi as well as Saudi’s record on women’s rights and the role of some Saudi citizens in the 9-11 attacks have also been cited by lawmakers and activists calling for more scrutiny or conditions on arms sales.

President Joe Biden promised a more balanced approach to Saudi Arabia during the election. In January, the Biden administration paused a Trump-era munitions sale to Saudi Arabia. In February, however, the administration said it would continue to help the Saudis defend against attacks from the Iran-backed Houthi rebels in Yemen.

Saudi Arabia has been a longtime ally of the United States, including with regard to concerns about Iran's malign behavior in the region.