The delivery is the first from the United Arab Emirates since the Taliban seized control of the country during the US military withdrawal. 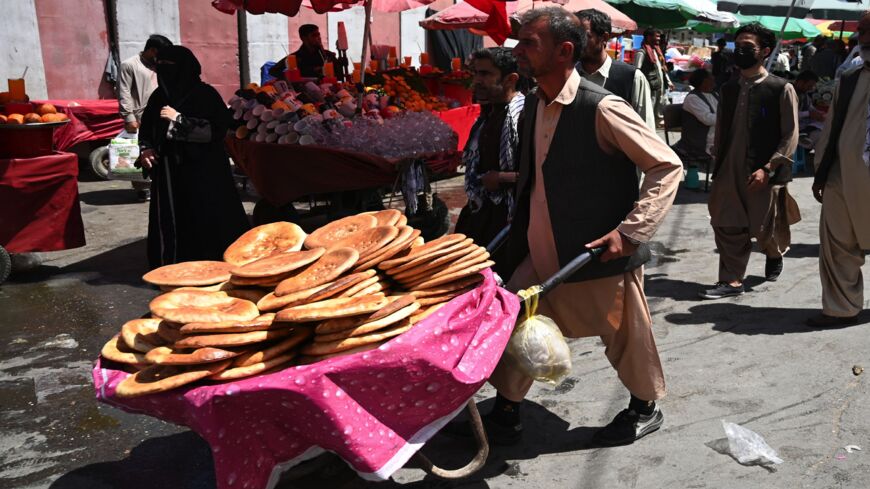 A man carries bread on a wheelbarrow at a market in downtown Kabul on Aug. 28, 2021, following the Taliban's stunning military takeover of Afghanistan. - AAMIR QURESHI/AFP via Getty Images

The plane brought “urgent” medical and food aid to the country, which the Taliban took nearly complete control of last month during the US military pullout. The UAE framed the dispatch as part of its commitment to "provide full support to the brotherly Afghan people,” the official Emirates News Agency reported.

The agency did not mention the Taliban in its report but added that the UAE is also hosting thousands of Afghans who left the country.

The UAE was one of only three countries to recognize the Taliban government before a US-led invasion toppled the Islamist group in 2001. Following the Taliban victory in the war last month, the UAE called for security and stability in the country. Emirates airlines also suspended passenger flights to Kabul after the Taliban took the capital city.

The plane constituted the first delivery of Emirati aid to Afghanistan since the Taliban returned to power.

The UAE regularly sends humanitarian aid to countries in the greater Middle East. The Gulf state is not afraid to assist countries with diplomatically isolated governments. In April, the Emirates sent medical and food aid to Syria.