State media outlets reported that Syrian Gen. Ali Ayoub and Jordanian Gen. Yousef Huneiti met in Amman to discuss the situation along the border following the fighting in Daraa. 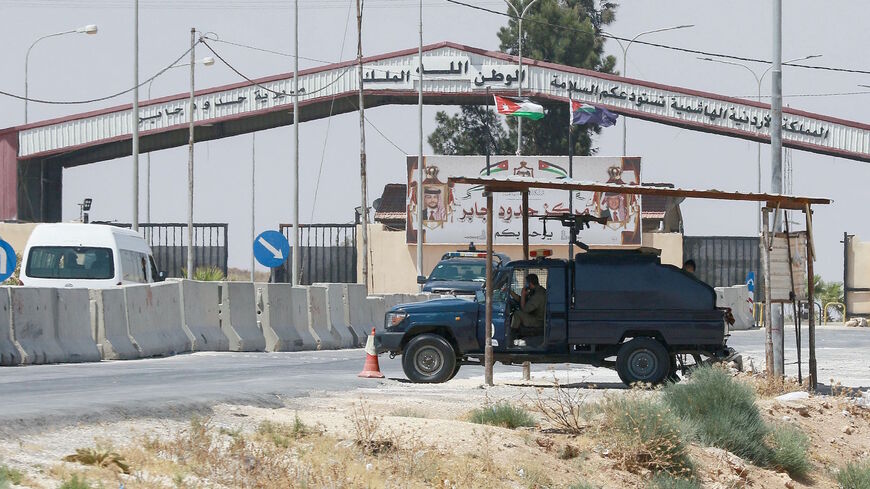 A picture shows a view of the closed Jaber-Nassib border post at Jordan's border with Syria on Aug. 1, 2021. - KHALIL MAZRAAWI/AFP via Getty Images

A high-level delegation from Syria led by the country’s defense minister met with Jordan’s army chief on Sunday, in a rare meeting between the two neighboring countries.

Jordanian news outlets reported that Syrian Gen. Ali Ayoub and Jordanian Gen. Yousef Huneiti met in Amman to discuss border control. According to Syrian state-run agency SANA, “They discussed the cooperation between armies of the two brotherly counties,” with a focus on combating terrorism and border security. The talks were held "to intensify future coordination over all common issues,” Jordan’s army said in a statement.

The meeting between Jordanian and Syrian officials came after the Syrian government recaptured an opposition enclave near the Jordanian border, which until recently had experienced years of relative calm.

This summer, Syrian regime forces and allied militias besieged Daraa al-Balad, a town in southwest Syria that is considered the birthplace of the revolution. The fighting prompted Jordan to announce in late July that it was pausing plans to fully reopen Jaber-Nassib, its only land border crossing for trade with Syria.

A recent cease-fire brokered by Russia largely ended the fighting and handed control of Daraa al-Balad to Damascus, which has now won back much of the country after a decade of war. Under the truce, the rebels were required to evacuate Daraa or turn in their weaponry.

During his visit to Moscow in August, Jordanian King Abdullah II and Russian President Vladimir Putin discussed the security situation in southern Syria. The Jordanian monarch said he believes the two countries can play a stabilizing role in the war-torn country.

Amman has maintained diplomatic relations with Damascus, despite supporting the opposition seeking to oust Assad during the early years of the war. Jordan is home to more than 650,000 registered Syrian refugees.

Syrian ministers of oil and natural resources Bassam Tameh and electricity Ghassan Zamel traveled in June to the Jordanian capital in what marked the first official visit by senior Syrian officials to the kingdom since the outbreak of Syria’s civil war in 2011.