Jordan closed the Jaber border crossing in August due to security concerns amid fighting in southern Syria. Jordan originally supported the Syrian opposition in the civil war but has moved closer to the government recently. 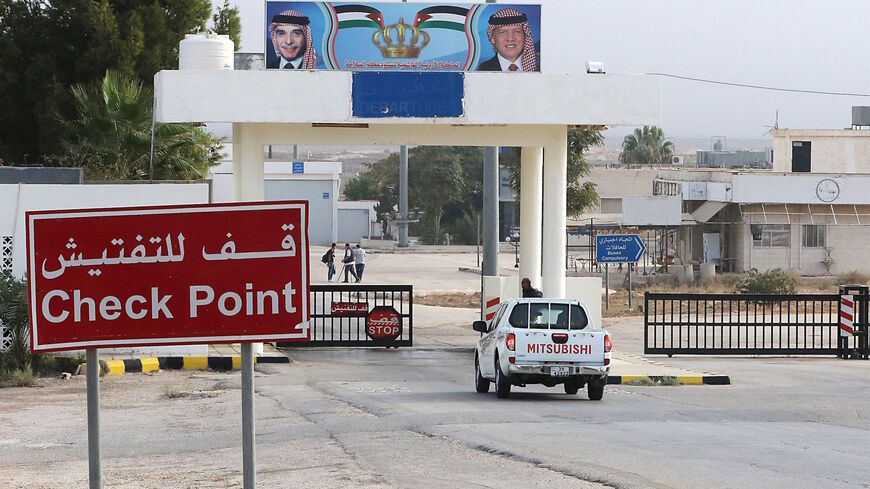 A vehicle arrives at the Jaber border crossing between Jordan and Syria (Nassib crossing on the Syrian side) on the day of its reopening on Oct. 15, 2018, in the Jordanian Mafraq governorate. - KHALIL MAZRAAWI/AFP via Getty Images

The Jaber border crossing will open Wednesday for trade and tourism between the “sisterly nations,” according to Jordan’s official Petra news agency.

Jordan has closed its border with Syria a few times since the onset of the Syrian civil war in 2011. In 2018, Jordan reopened the Jaber border crossing, which is opposite the Syrian town of Naseeb. The move was largely motivated by economic considerations. The border closed again for a short period in 2020 due to the COVID-19 pandemic. This August, Jordan closed the border point again amid government-rebel fighting in southern Syria.

There have been other high-level contacts between Jordan and Syria recently. Earlier this month, Jordan, Syria, Lebanon and Egypt agreed on a deal to export Egyptian gas to energy-starved Lebanon. Also on Monday, Jordanian and Syrian ministers met in Amman to discuss increasing bilateral cooperation between the two countries, according to Syria’s official SANA news outlet.

Jordan originally supported Syrian rebel forces in the Syrian civil war, though the Hashemite Kingdom later backtracked on this policy and has opened up contacts with the government of President Bashar al-Assad relating to border and security matters.