Saudi Arabia and Greece signed a missile deal earlier this year and are both allies of the UAE and Egypt. 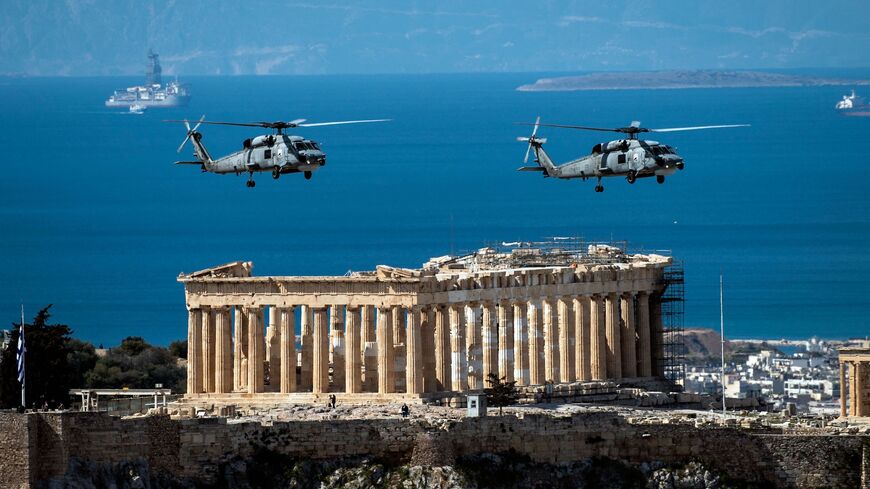 Greek Air Force helicopters fly over the Parthenon in Athens on March 25, 2021, as Greece celebrates its 200th anniversary of the 1821 revolution and war of independence. - ANGELOS TZORTZINIS/AFP via Getty Images

Saudi soldiers arrived in Greece on Tuesday for a joint training exercise with their Greek counterparts.

Paratrooper units and special security forces from the Royal Saudi Land Forces participated in the drill alongside Greek special forces. The exercise was intended to enhance cooperation and exchange experience, the official Saudi Press Agency reported.

Saudi Arabia and Greece align on some regional issues.

Last December, the UAE and Egypt participated in a military exercise with Greece aimed at deterring Turkey in the eastern Mediterranean, although Turkey's relations with both Gulf states have since shown signs of improvement.

Defense ties have been established between Saudi Arabia and Greece. In April, Greece agreed to lend its US-made Patriot missile air defense system to Saudi Arabia. The deal aimed to help Saudi defend itself against attacks from the Iran-backed Houthi rebels in Yemen.

Relatedly, Egypt and Greece’s ally Cyprus also concluded a multi-day training exercise on Sunday, according to the Egyptian Ministry of Defense.