Qatar Airways' finances were also affected by the COVID-19 pandemic during the previous fiscal year, though the airline has now largely rebuilt its flight network. 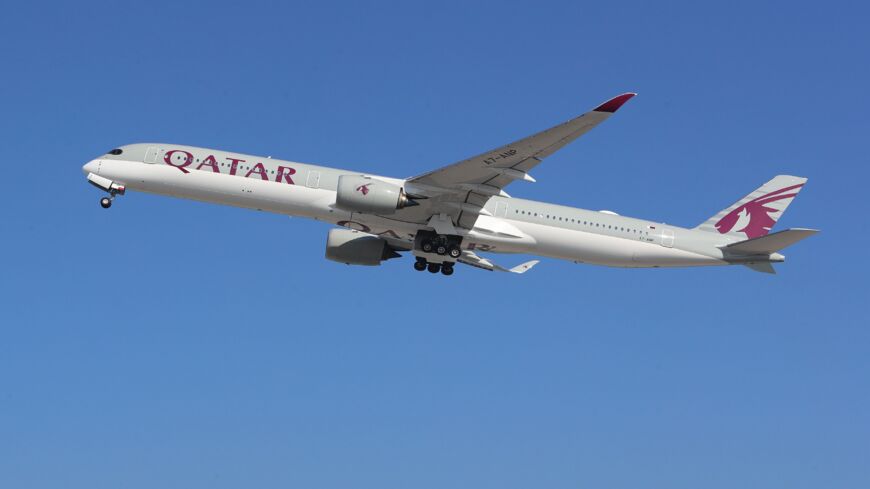 A Qatar Airways Airbus A350 airplane takes off from Hamad International Airport near the Qatari capital, Doha, on Jan. 11, 2021. - KARIM JAAFAR/AFP via Getty Images

Qatar Airways announced major losses this week as the fallout from the COVID-19 pandemic continues to hurt Gulf airlines.

Qatar Airways Group reported a net loss of $4.1 billion during its 2020-2021 fiscal year. More than half of the loss was related to a value drop in the airline’s planes that were grounded, the airline said in a press release Monday.

The Doha-based airline released a lengthy report detailing its finances compiled by the London-based firm Ernst & Young. The report indicated that during the previous 2019-2020 fiscal year, Qatar Airways also took a $1.9 billion loss.

Qatar Airways never stopped flying during the pandemic but dramatically reduced its passenger flights in March 2020. The downturn in global travel, therefore, influenced the carrier’s figures last year as well.

The airline has steadily rebuilt its flight network since then, resuming regular flight services to multiple continents. Recently, Qatar Airways has also been flying out foreigners from Afghanistan following the Taliban takeover.

Other Gulf airlines have likewise struggled during the coronavirus pandemic. Emirates in Dubai lost more than $5 billion in 2020, with Etihad in Abu Dhabi also experiencing substantial losses.