Few details were released about the substance of the relatively brief meeting, but progress on Syria will be difficult to achieve. 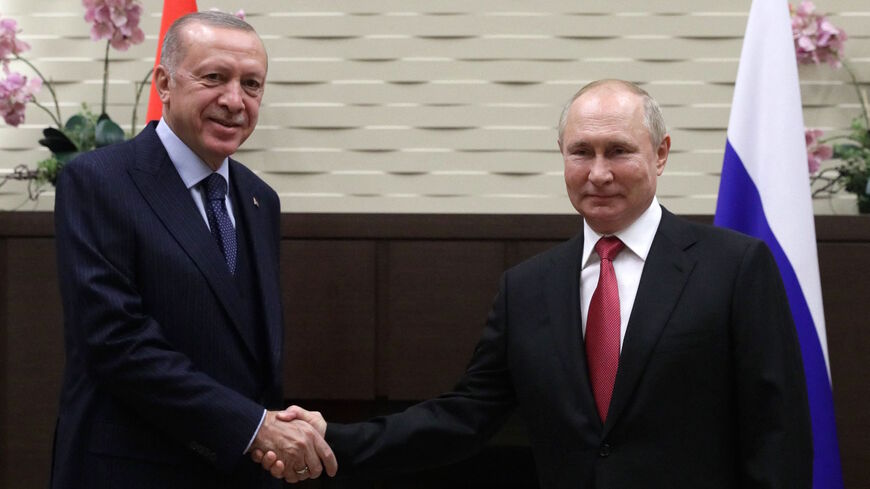 Wednesday’s meeting between Russian President Vladimir Putin and his Turkish counterpart, Recep Tayyip Erdogan, in the Russian resort town of Sochi was held completely behind closed doors, raising questions about the agenda of the talks and their outcome.

Even the duration of the discussion — approximately 2 hours and 45 minutes — added intrigue. Past meetings between the two lasted for six hours. The brevity of their meeting this time can be interpreted in two different ways. Either the presidents maintained their own opinions and saw no room for changing them, or conversely, personal chemistry between the two — and the well-established mechanism of departmental consultations — now allows them to reach common ground faster.

Erdogan and Putin prepared for this meeting as usual. The Turkish leader made several notable and harsh statements at the UN General Assembly session last week, including that Turkey does not recognize Crimea, which was annexed by Russia in 2014. In turn, the Russian president instructed the Ministry of Foreign Affairs and the Ministry of Defense to prepare Russian public opinion for negotiations.

Russian state media explained that Putin was distracted by the elections (a new parliament appeared in Russia a week ago). But they assured that the Russian president always has trump cards up his sleeve for successful negotiations.

However, this was a deliberate distortion of the situation. First, Putin went into self-isolation after meeting with Syrian President Bashar al-Assad and returned only on the day of talks with Erdogan. Second, Putin has long distanced himself from domestic politics. He talks about geopolitics with enthusiasm, but unlike Erdogan, he does not need to publicly explain his foreign policy decisions to anyone. Over the past year, there has been practically no opposition left in the Russian political system.

Before the meeting, the Russian media assumed that the main topic would be Syria. Russian Foreign Minister Sergei Lavrov said Sept. 25 that Putin and Erdogan would discuss Turkish implementation of the agreements to fight terrorists in the Idlib de-escalation zone. “Clearly, the pace of implementation has been slow,” he noted at that time. Meanwhile Turkish Defense Minister Hulusi Akar expressed hope that after negotiations between the presidents, "the agreements on Idlib will be fully restored."

On the eve of the meeting, Kremlin Speaker Dmitry Peskov noted that topics to be discussed would also include the bilateral trade and economic partnership, as well as the situations in Syria, Libya, Afghanistan and the Caucasus. At the same time, Peskov ruled out a discussion of Crimea and Turkey's participation in the Ukrainian Crimean Platform, although this was precisely what caused a wave of criticism in the Russian media.

The reason is clear. The parties initially did not intend to voice agreement on Syria. This is a necessity in the current conditions, when Moscow demands that Ankara fulfill is March 2020 agreements and to unblock the M4 motorway in Idlib, and Ankara in turn demands Moscow to fulfill the 2019 memorandum related to the withdrawal of the Kurdish YPGs from Manbij and Tel Rifaat.

In addition, the Kremlin has become hostage to its actions in the Russian information space. The Russian media does not actually reflect the problems raised in the course of the real Russian-Turkish negotiations. Russian journalists and the Foreign Ministry criticize Ankara's military-technical cooperation with Ukraine and Poland, primarily the export of Turkish Bayraktar TB2 drones. But that agreement is balanced by close military-technical cooperation between Russia and Turkey's traditional opponents — Egypt and Greece.

Erdogan's statement on Crimea at the UN was far from the first. But this sounded against the background of active strikes by Russian jets on the resettled Idlib, which invariably contributes to new flows of internally displaced persons and the radicalization of the population. Thus, no matter what Russian experts write before the talks on Ankara's vulnerable position in Syria, it is still not profitable for the Kremlin to roughly push the operation in Idlib and increase the intensity of strikes in other zones with the presence of the Turkish military and the rebels interacting with them.

Attempts to move Assad's army deep into Idlib can not only meet resistance from the Turkish armed forces, but also provoke a Turkish offensive into Manbij and Tel Rifaat. After all, it is extremely difficult for Moscow to fulfill its obligations under the 2019 memorandum, since they can offer little to the Kurds when the Americans maintain a presence in eastern Syria. In this sense, Russia's most advantageous scenario for restraining Turkey is maintaining the existing Syrian status quo, and Moscow and Ankara are well aware of this.

It is no coincidence that Putin and Erdogan, before the one-on-one talks, concentrated on listing the positive aspects in their relations. The Turkish president thanked Russia for helping to extinguish summer forest fires, did not rule out commissioning the first unit of the Akkuyu NPP a year ahead of schedule, and linked peace in the Middle East with the development of relations between Ankara and Moscow. In addition, Erdogan himself suggested that Putin should discuss cooperation in the military-industrial complex. In New York, Erdogan announced his readiness to buy from Russia the second regiment of the S-400 air defense system, but there are no reports of a compromise so far. Interestingly, the director of the Federal Service for Military-Technical Cooperation of Russia Dmitry Shugaev said back in August 2020 that the contract for the second batch of S-400 had already been signed and the question was only in its “financial performance”. Apparently, he was referring to the disputes over the localization of production in Turkey.

In turn, the Russian president expressed gratitude to Turkey for its position on the TurkStream natural gas pipeline, which lessens Ankara's concerns about the European gas market. He also noted the importance of the joint center in Karabakh for stability in the region and pointed out that the negotiations always have a "final positive result." Speaking about gas, Putin, perhaps not accidentally, bypassed the difficult topic of extending the agreement with the Turkish state-owned company BOTAŞ and seven private traders. In September, Gazprom CEO Alexey Miller and Turkish Energy and Natural Resources Minister Fatih Dönmez met to discuss this topic, but the content of the talks was not disclosed. BOTAŞ wants to conclude a medium-term contract for three years in connection with a possible change in market conditions and Ankara's plans to start its own gas production.

Nevertheless, after the talks, Putin and Erdogan looked pleased and casually discussed the level of antibodies in the human body after vaccination. Whether they have reached the required level of compromise, we will most likely find out from the dynamics of Russian airstrikes in Syria. 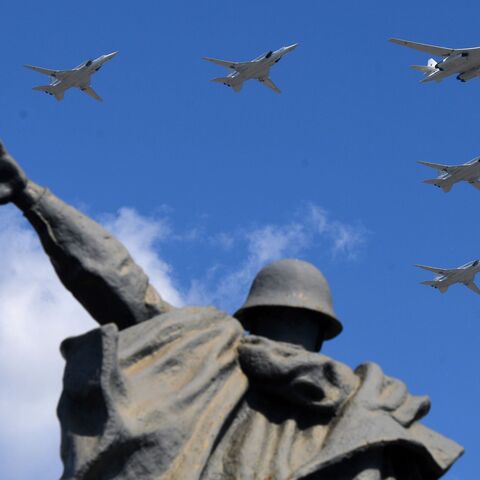 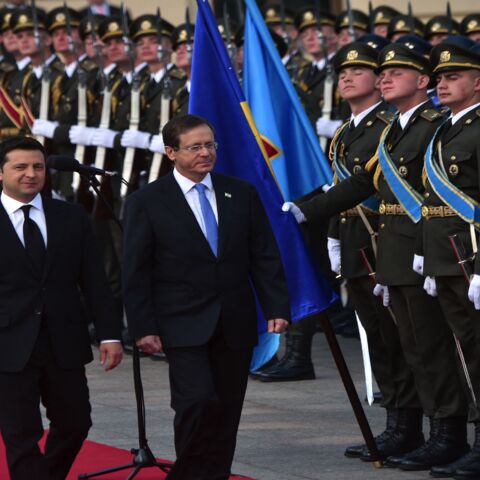