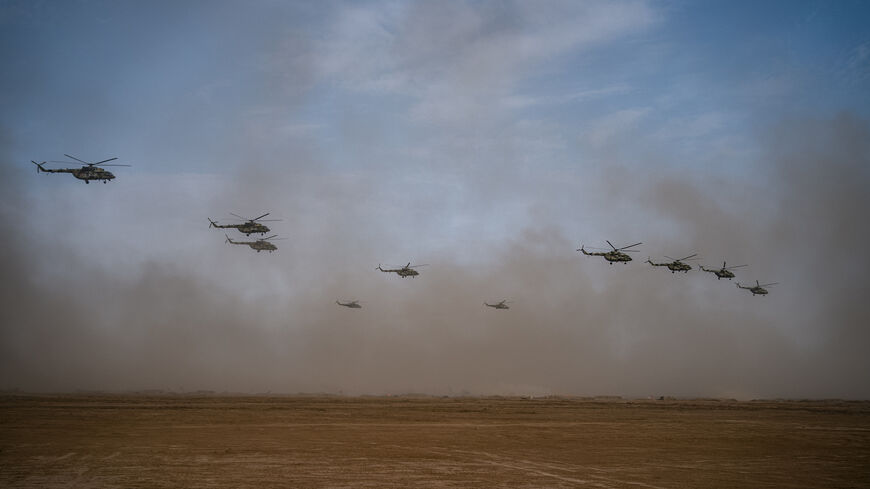 Iran's military will hold a drill close to the border with Azerbaijan on Friday.

The ground forces of the Iranian Army will conduct the war game in northwest Iran. Units from the army’s armored, artillery, drone, electronic warfare and helicopter divisions will participate in the drill for combat readiness, the semi-official Tasnim News Agency reported Thursday.

The move follows critical comments made recently by Azerbaijani President Ilham Aliyev. Speaking to Turkey’s official Anadolu Agency, the leader questioned why Iran was holding a drill so close to the border.

“Every country can carry out any military drill on its own territory. It’s their sovereign right,” said Aliyev. “But why now, and why on our border?”

Iran has a complex relationship with Azerbaijan and its ally Turkey. The Islamic Republic stayed neutral during last year’s Nagorno-Karabakh conflict between Azerbaijan and Armenia.

The Iranian Foreign Ministry sought to downplay tensions in response to Aliyev’s remarks. Foreign Minister Saeed Khatibzadeh said Tuesday that the remarks were surprising given Iran's close relationship with Azerbaijan. He added that Azerbaijani and Iranian diplomats discussed the issue at the United Nations General Assembly summit in New York, according to the official Islamic Republic News Agency.

The agency also reported that “Iran wouldn’t tolerate the presence of the Israeli regime … near the borders of Iran.” Israel sells weapons to Azerbaijan and has long been rumored to have a base in the country.