The drug-smuggling trial comes as Sweden prosecutes a former Iranian official linked to the mass killing of dissidents in 1988. 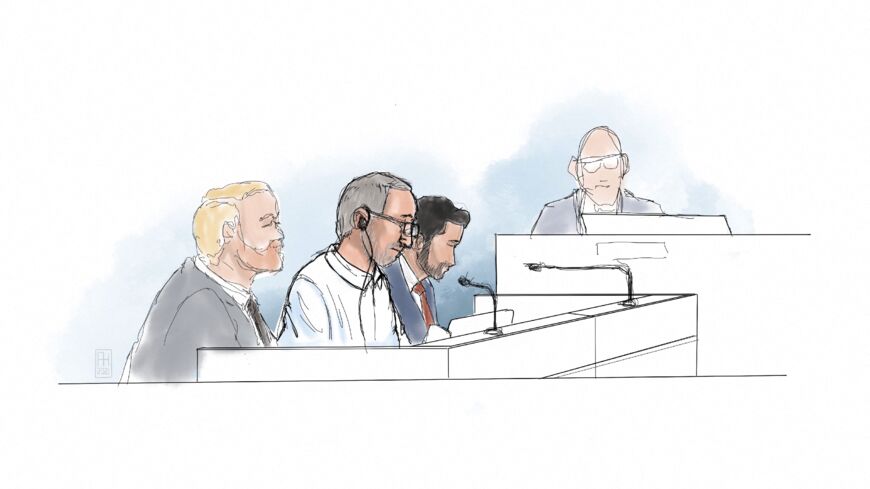 This courtroom sketch shows Iranian defendant Hamid Noury (2ndL) sitting in the District Court of Stockholm with his defense attorney Daniel Marcus (3rdL) on the opening of his trial for "war crimes and murder" on Aug. 10, 2021. - ANDERS HUMLEBO/TT NEWS AGENCY/AFP via Getty Images

In July 2020, Iranian media reported that Tehran had detained two Swedish nationals and accused them of being “key members” of an international narcotics trafficking ring. At the time, Tasnim news agency reported that authorities had seized “a huge amount” of synthetic narcotics from the network.

Rights groups accuse Iran of regularly jailing dual nationals and foreigners to gain leverage for sanctions relief, the unfreezing of assets and other concessions from their home countries. According to the New York-based Center for Human Rights, Iran is holding at least 15 dual nationals and one foreign citizen.

The prosecution of the two Swedes comes less than a month after the start of a landmark war crimes trial in Stockholm of former Iranian official Hamid Noury. Swedish prosecutors accuse Noury of “intentionally taking the life of a very large number of prisoners sympathetic to or belonging to" a now-exiled Iranian resistance group during a purge of dissidents in 1988.

The trial is expected to shed light on the role Iranian President Ebrahim Raisi played in the mass killings when he served on a four-man “death commission” appointed by Iran’s supreme leader.