Ismail Ziada's case accuses Israeli Defense Minister Benny Gantz of responsibility for killing members of his family in Gaza during the 2014 war. 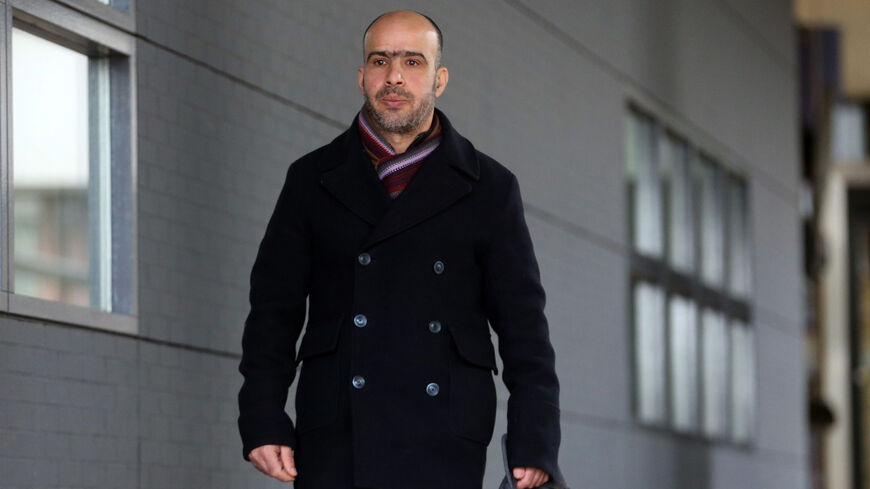 Palestinian-Dutch Ismail Ziada leaves a courthouse in The Hague on Jan. 29, 2020, after the court said it had no jurisdiction in a case against an Israeli commander brought by Ziada, who lost six relatives in an Israeli airstrike in 2014. - PIETER STAM DE JONGE/ANP/AFP via Getty Images

A Dutch court will hear a war crimes case Thursday brought by a Palestinian man against Israeli officials.

An appeals court at The Hague will hold a hearing on Ismail Ziada’s case against Israeli Defense Minister Benny Gantz and former Israeli air force head Amir Eshel. Ziada, a Gaza-born Dutch citizen, first filed the case over Israeli forces allegedly bombing his family home in the Gaza Strip in 2014. The strike killed six members of his family and a family friend, the Palestinian Authority’s WAFA news agency reported Tuesday.

Ziada is seeking damages from the Israeli officials via a civil suit. In 2020, a Dutch court ruled it could not hear the case. Some countries’ courts hear war crimes cases regardless of where the incidents took place. However, this universal jurisdiction does not apply to civil cases and Gantz also has immunity in civil cases in national courts due to his role in government, the judge said at the time.

Ziada is arguing that there is no legal immunity for war crimes and that the court denied his right to seek justice, according to activists supporting the campaign.

International legal organs at The Hague have been involved in the Israeli-Palestinian conflict for some time. In May, the International Criminal Court said it was monitoring the violence at the time between Israelis and Palestinians. Last year, the court said it had the authority to investigate alleged Israel Defense Forces crimes against Palestinians, a ruling Israel rejected. The Palestinian Authority’s pursuit of war crimes charges against Israel is a major sore point with the Israeli government.

The case refers to the 2014 war between Israel and Gaza-based groups including Hamas. More than 2,000 Palestinians were killed in the fighting, in addition to more than 60 Israelis.