The meeting in Jerusalem is another sign of improved ties under the new Israeli government and amid US efforts to restore Israeli-Palestinian relations. 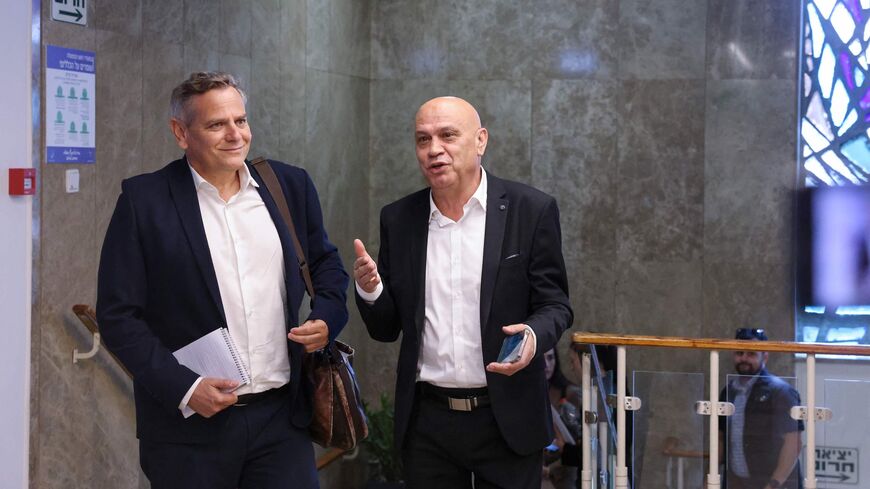 The meeting was arranged by Israeli Minister of Regional Cooperation Issawi Frej, who is working to renew relations with the Palestinian side on economic and civil issues.

The Palestinian health sector is in dire straits due to the coronavirus pandemic amid concerns over a fourth wave. Several requests were submitted to the Israeli side during the meeting such as allowing Palestinian ambulances into Jerusalem hospitals without stopping at checkpoints, lifting the Israeli obstacles hindering the work of medical staff including providing vaccinations for students in east Jerusalem and attacks on medical personnel in Area C of the West Bank.

The statement read that an “agreement has been reached to transfer patients from the Gaza Strip to hospitals in the West Bank from an ‘ambulance to an ambulance’ through the Beit Hanoun crossing without the patients disembarking … and this will make it easier for patients to be transported.”

The Israeli Ministry of Health has expressed willingness to discuss these files with the concerned authorities.

Palestinian Health Minister Mai al-Kaila told Al-Monitor, “The coronavirus pandemic has been the greatest threat yet to the health sector and despite the support provided, more is still needed due to the significant shortage of beds in hospitals — even after they were increased by 240 beds.” She said that there are still only half the number of hospital beds needed.

Kaila pointed out that the Palestinian government is facing a financial crisis as a result of Israel’s deduction of money from the clearance funds owed to the Palestinian Authority.

She explained, “At the beginning of the coronavirus pandemic, a Palestinian team was formed by the Ministry of Health to communicate with a team from the Israeli side and coordinate efforts to confront the pandemic. But amid expectations of a fourth wave that could be severe, communication had to be at the ministerial level.”

Kaila added that the meeting also addressed the bills for the medical services provided by Israel, costs that the Palestinian side says are exorbitant.

She said, “The Israelis asked us to meet again next November. But whether we attend such a meeting will depend on whether our requests and needs are met.”

The sources added that these meetings come in response to the US administration’s expressed desire to resume Palestinian-Israeli meetings, which could lead to the reactivation of the joint working committees stipulated in the agreements signed with Israel but kept on hold for years. After his recent visit to Ramallah and Tel Aviv, US envoy Hady Amr warned Israel of the PA’s dangerous economic and political situation and asked Israel to take steps to support the Palestinian government.

Kaila confirmed that the recent meeting came in response to the US administration’s efforts to resume bilateral meetings, saying, “More ministerial meetings are expected during the next stage, and Frej is the one arranging for such meetings,” and pointing out that the Israeli minister of regional cooperation is a Palestinian from Kafr Qasem.

In recent years, coordination between the PA and Israel stalled, with the exception of the security realm. Communications were largely limited to financial matters.

However, things changed with the new US administration, which is seeking to restore relations between the two sides.

On Aug. 1, the Israeli government approved an increase in work permits for Palestinians from the West Bank working in construction by an additional 15,000, bringing the total number of work permits in the construction field to 80,000.

Gantz tweeted, “This is a step that will strengthen the Palestinian and Israeli economy, and that is in the common interest of everyone.”