The Palestinian leadership appears to have backtracked at the last moment from its planned cabinet reshuffling after news leaked that the changes were superficial at best. 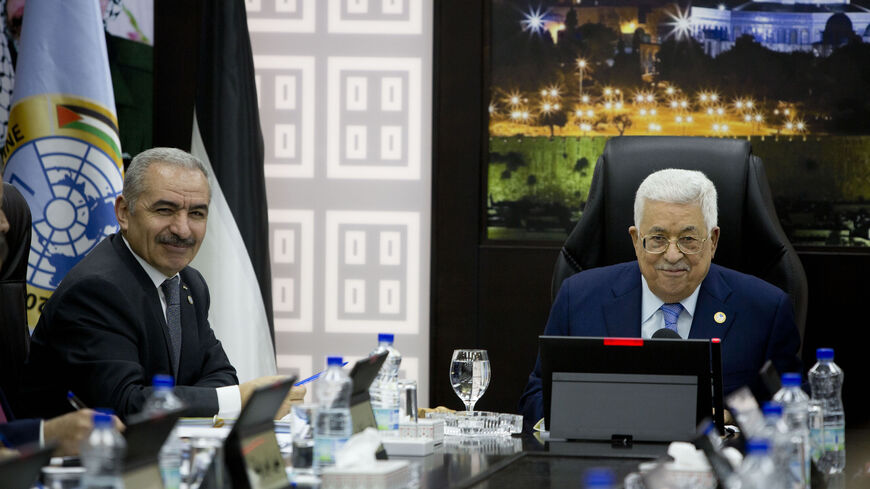 The response by the Palestinian leadership to the calls for a new government has been slow and weak. US Secretary of State Antony Blinken called Palestinian President Mahmoud Abbas on May 21 and there was an increase in US State Department and CIA discussions with the Palestinian leadership.  While talks began during the first days of the Biden administration the Gaza-Hamas conflict caused a marked increase in discussions. These US meetings seemed to reassure the Ramallah team that it had overcome the public skepticism that followed the cancellation of the vote.

Then came the June 24 beating to death of Nizar Banat, who was slated to run in the elections and publicly chided the Abbas regime for cancelling it. Not only was his death never properly explained nor those responsible held accountable, but the response by the Palestinian security forces in forcefully putting down protests against the Abbas leadership further cemented the perception that things were not going well for Abbas.

The pressure on the leadership continued and Abbas decided to shake up the cabinet but keep Fatah Central Committee member Mohammad Shtayeh as prime minister.

But when the details of the reshuffling were made public it became clear that Abbas was planning to approve a cosmetic change of six low-level ministries without touching the major government posts. Leaked details share by the pro-PLO Maan news site and others caused consternation and anger among the Fatah backbenchers. Members of the Fatah Revolutionary Council put out a statement saying that the cabinet reshuffle failed to change the leadership of key ministries, with finance still headed by Abbas loyalist Shukri Bishara and foreign affairs led by Riyad Malki. Not only were they angry to read in the press but they felt betrayed by the limited reshuffle.

According to a well-informed Palestinian journalist in Ramallah, committee members were also shocked to hear about the change from the press. They called Fatah Central Committee Secretary Jibril Rajoub who, as head of the Palestinian Olympic Committee, was in Tokyo with the Olympic and Paralympic teams. He called Minister of Administrative Affairs  Hussein Sheikh, one of the closest confidants of Abbas and the two of them agreed to postpone any announcement until the Fatah Central Committee meets upon his return.

The announcement of the new government, slated for Friday, Aug. 20, was suddenly cancelled and the Central Committee agreed to meet as soon as possible.

Ali Jarbawi, a political science professor at Bir Zeit University who has been watching the internal Palestinian scene for years, told Al-Monitor, “What is happening is clear evidence of a power struggle within the ruling party. This struggle is a major component of the larger struggle for succession."

Two sides of this power struggle are becoming clear. Rajoub, who was pushing for elections and took a political hit from their cancellation and is slowly regaining his footing, is on one side with the support of grassroots Fatah cadres and others while the other is made up of those clinging to Mahmoud Abbas such as Sheikh, who is the liaison to Israel, as well as Majed Faraj, the intelligence strongman who is the Palestinians’ liaison with the US intelligence services. The remaining wildcards are Fatah deputy Mahmoud Alloul and imprisoned popular Fatah leader Marwan Barghouti.

The general Palestinian public is still reeling from the lack of transparency and accountability in Banat's death and the continued repressive actions by the Palestinian security forces. A peaceful protest that included leading Palestinian intellectuals and activists was broken up by the security forces leading to 26 arrests. Most were released the following day but six of the protesters were kept for a further 48 hours, angering many Palestinians who are watching Palestine become a police state like so many Arab countries.

While the United States and European Union have been publicly quiet on the issue, it is clear that they are working behind the scenes to make sure that the cancellation of the national elections are remediated with a serious cabinet reshuffle that can lend new legitimacy to the Palestinian leadership.