Despite past tensions, Iran and the UAE look to better ties to defuse friction in the Persian Gulf. 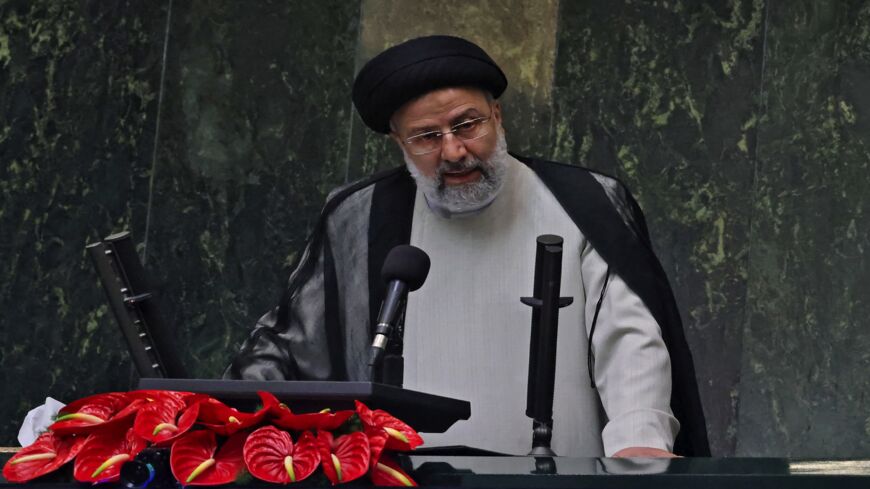 Iran's newly elected President Ebrahim Raisi speaks during his swearing-in ceremony at the Iranian parliament in the capital, Tehran, on Aug. 5, 2021. - ATTA KENARE/AFP via Getty Images

Iran’s newly inaugurated President Ebrahim Raisi said Friday that he wants to have close relations with the United Arab Emirates.

Raisi met with a UAE envoy in Tehran. During the meeting, he praised the Emirates as an “honest friend” of Iran, the official Islamic Republic News Agency reported. He also expressed support for the two countries working together. The statement from the president's website regarding the meeting did not name the Emirati envoy.

“We hold a spirit of heartfelt amity toward the Emirati nation,” said Raisi, according to the semi-official Press TV. “Close relationship between the two governments can pave the way for brotherly relations and close cooperation between the two nations.”

Raisi also criticized the UAE’s normalization agreement with Israel to the envoy and said he expects Arab and Muslim states to support the Palestinians, according to the Islamic Republic News Agency.

Former judiciary head Raisi took office this week. During his inauguration, he expressed support for Syria, Yemen and Palestine, among other remarks. The UAE supports the Southern Transitional Council in Yemen, which is nominally allied with the Saudi-led coalition fighting the Iran-backed Houthi rebels in the country. The council maintains a degree of autonomy, however. On Syria, the UAE is calling for the Arab League to re-establish relations with the government of President Bashar al-Assad, who is strongly backed by Iran.

The UAE has a complex relationship with Iran. In August of last year, Emirati and Iranian officials met to discuss cooperation on fighting COVID-19. Moreover, some of the Iranian tankers that brought fuel to Venezuela in 2020 disembarked from the UAE. One UAE-based company was actually implicated last year in a US case against alleged sanctions violations relating to an Iranian-Venezuela oil deal.