The hacked videos that show various moments of abuse continue to trickle in and have drawn a rare apology from the country's top prison official. 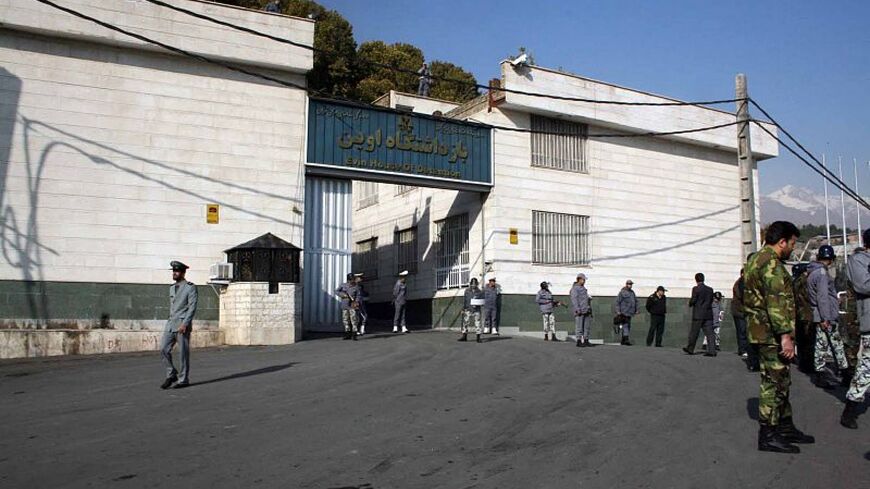 Evin prison is seen in August 2008. Surveillance footage from inside the prison apparently released by hackers has caused an international commotion. - Ehsan Iran/Wikimedia/Flickr

A hacker group is releasing surveillance footage from the very inside of Iran's notorious Evin prison in what seems to be an unprecedented cyberattack against the Islamic Republic's heavily guarded jail system.

The group identified as "Ali's Justice" has been releasing the videos since Sunday, promising to feed the media even more. The videos show moments of extreme abuse, with prisoners being severely beaten by guards and forcibly dragged on the floors. In one case, an inmate is seen using a broken mirror to cut his veins in self-harm or apparent suicide inside a common bathroom before being rescued by fellow prisoners. In another incident, which has particularly enraged Iranians on social media, a cleric is seen stepping over an inmate who is lying motionless in a doorway.

The first image released by the hackers seemed to be from inside the prison's surveillance command room, with the screens displaying the cyberattackers' message. "Evin prison is a stain of disgrace on Raisi's black turban and white beard," the message read, specifically targeting Ebrahim Raisi, Iran's former judiciary chief and current president.

Evin has been home to most of Iran's political prisoners as well as some Western nationals, including British-Iranian activist Nazanin Zaghari-Ratcliff, whom Iran has jailed on "espionage" and other charges.

Two days after the videos began to trickle in, Mohammad Mehdi Haj-Mohammadi, the head of the Prisons Organization, run by Iran's judiciary, issued a rare apology about the "unacceptable behavior" and promised "firm action" against the perpetrators. He, however, noted that services performed by "respectable guards" should not go "unappreciated." Hours later the deputy judiciary chief, Mohammad Mosaddeq suggested it was too early to judge "as the issue is not very clear" and remains under investigation.

The released videos came against a backdrop of yearslong denial by Iranian authorities in the face of mounting criticism against torture inside the same prison as recounted by former prisoners. In May, prominent rights advocate Narges Mohammadi shared harrowing stories of her detention, which encouraged others to come forward with their own troubling accounts.

International human rights organizations and United Nations rapporteurs have over the years raised alarms, calling for Iranian authorities to be held accountable over accumulated and unaddressed prison abuse complaints. The Islamic Republic has dismissed those reports as "politically motivated."

Dates in some of the hacked surveillance videos encompass Raisi's tenure as judiciary chief; the ultraconservative cleric was already facing international outcries for justice over his alleged human rights violations, and particularly his role in the 1980s death penalties handed down to thousands of political prisoners, many of them executed inside the very same prison in north Tehran.

by Ismail BELLAOUALI with Philippe AGRET in Rabat and Marie GIFFARD in Madrid | AFP | Jun 24, 2022
END_OF_DOCUMENT_TOKEN_TO_BE_REPLACED