The United States said it’s urging Saudi Arabia to resolve the case of Abdulrahman al-Sadhan, an aid worker sentenced to prison for allegedly running a Twitter account critical of the kingdom’s rulers. 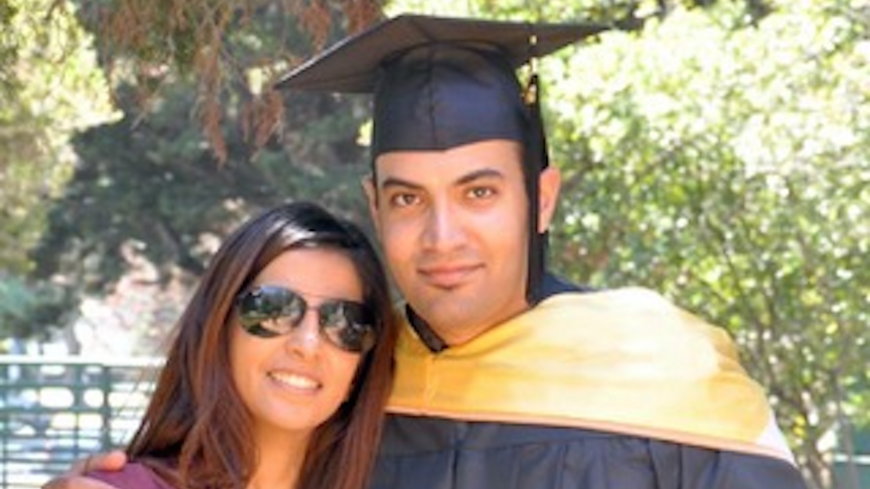 Areej al-Sadhan and her brother Abdulrahman al-Sadhan. - Courtesy of the Sadhan family

The American family of a humanitarian aid worker detained in Saudi Arabia is calling on the Biden administration to dial up the pressure on Riyadh and secure his release.

Abdulrahman al-Sadhan, 37, denied all charges against him during his appeal hearing in Saudi Arabia on Wednesday. In April, the country’s Specialized Criminal Court sentenced Sadhan to 20 years in prison, followed by a 20-year travel ban, for allegedly running an anonymous Twitter account that mocked the Saudi government.

“It was clear that he looked exhausted from the abuse,” Areej al-Sadhan said of her brother’s most recent court appearance. “He’s been isolated from the outside world and deprived of even a phone call to his family.”

Sadhan is one of scores of Saudi critics swept up in Crown Prince Mohammed bin Salman’s crackdown on dissent inside the kingdom. Forcibly disappeared in March 2018, witnesses told family members that the aid worker was tortured while held without charge in solitary confinement. Both his mother and sister are US citizens living in California, neither of whom has been allowed to speak with him.

Sadhan’s next appearance before the court is scheduled for Sept. 13, his sister said. The State Department did not say whether American consular officials were allowed access to Wednesday’s appeal hearing.

The Saudi Embassy in Washington did not respond to Al-Monitor’s request for comment.

Why it matters: After saying during the 2020 presidential election campaign that he would treat Saudi Arabia like a “pariah” on the world stage, US President Joe Biden has frustrated some human rights advocates who hoped the new administration would adopt a tougher approach to Riyadh. The administration, for example, stopped short of sanctioning the Saudi crown prince, despite a US intelligence report concluding he was complicit in the killing of journalist Jamal Khashoggi.

“President Biden promised in his campaign that he was going to make human rights a priority, so we are actually all counting on him to make that a reality,” said Areej al-Sadhan. “What is happening right now is not only an attack on human rights, but an attack on American citizens.”

The State Department says it's seeking to “recalibrate,” not “rupture” the US-Saudi relationship as the two countries continue to coordinate on shared security interests in the Persian Gulf, ending the war in Yemen and defusing tensions with Iran, which the US has blamed for a series of recent maritime attacks. Washington has also supported recent backchannel talks between Tehran and Riyadh.

What’s next: Sadhan’s detainment continues amidst bipartisan congressional criticism over the kingdom’s well-documented persecution of government critics. A number of US citizens are detained on spurious charges, banned from travel or awaiting trial in Saudi Arabia. They include journalists Salah al-Haidar and Bader al-Ibrahim, as well as Harvard-trained doctor Wilad Fitahi. On Tuesday, House Speaker Nancy Pelosi tweeted that Sadhan’s sentencing was a “grave injustice.”

A Department of State spokesperson told Al-Monitor the United States will continue to closely monitor Sadhan’s case, noting that “free expression should be commended, not criminalized.”

“We continue to urge Saudi Arabia to resolve Mr. Sadhan's case, release human rights activists who remain in detention, and lift arbitrary travel bans or other restrictions on those activists who have been released,” the spokesperson said.

Know more: Check out this week’s ‘On the Middle East’ podcast with Stephen Kalin, Wall Street Journal correspondent based in Riyadh, for a discussion of US-Saudi relations.