Shawkat Khalil Awad was shot during clashes that erupted between Palestinian mourners and Israeli troops. 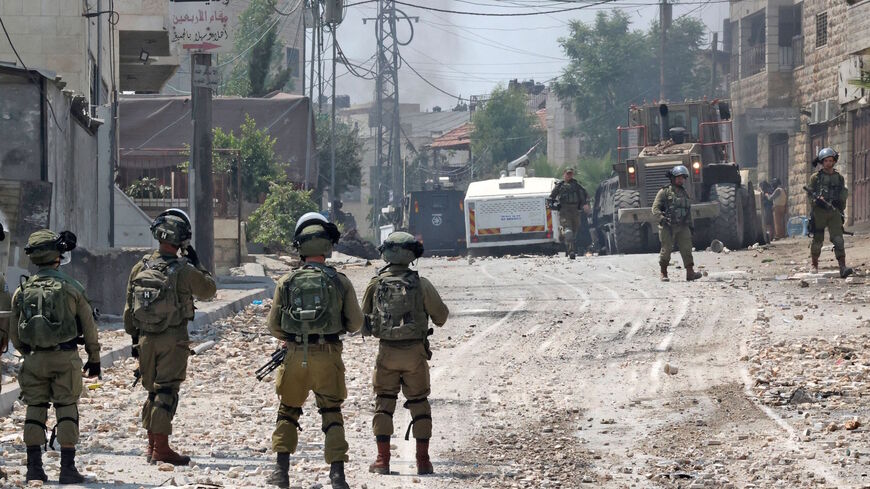 Palestinian protesters clash with Israeli forces during the funeral of a 20-year-old Palestinian, in the village of Beit Ummar, north of Hebron, West Bank, July 30, 2021. - HAZEM BADER/AFP via Getty Images

A Palestinian man was fatally shot by Israeli forces on Thursday amid clashes that erupted during the funeral of an 11-year-old boy killed by soldiers days earlier, the Palestinian Ministry of Health said.

Palestinian health officials said Shawkat Khalil Awad, 20, sustained gunshot wounds in the head and stomach during confrontations with Israeli soldiers that broke out during the boy’s funeral in the West Bank town of Beit Ummar near Hebron. The Palestinian Red Crescent said Thursday that 12 other Palestinians were also wounded.

The Times of Israel reported that the violence forced the Palestinians mourners to put the boy’s funeral on hold and that an “an improvised, provisional burial” was held later that day.

Mohammad Allamy, 12, died on Wednesday evening after being struck in the chest near Beit Ummar. He was evacuated in critical condition to a hospital in Hebron, where he later died of his gunshot wounds.

Local media outlets quoted Allamy’s father, Muayyad, who said Allamy and his two siblings were in his car on their way to buy groceries when Israeli soldiers fired on them as he was doing a U-turn.

In a statement, the IDF said that senior officials and military police were investigating the child’s death.

The army said troops were pursuing a vehicle after its passengers were seen burying the body of a newborn baby near an Israeli military post close to the town’s entrance. Shortly after, IDF troops spotted a vehicle approaching and concluded it was the same car.

“The soldiers initiated the suspect arrest procedure, which included calls [in their direction] and shooting in the air. When the vehicle did not stop, one of the soldiers fired at the wheels of the vehicle in order to stop it,” read the statement.

The IDF said that troops shot only at the wheels of the car, but the Jerusalem Post reported that several bullet holes were discovered in the back and side of Allamy’s car.