The unidentified woman was released in February in a swap deal reportedly brokered by Syria's main ally Russia. 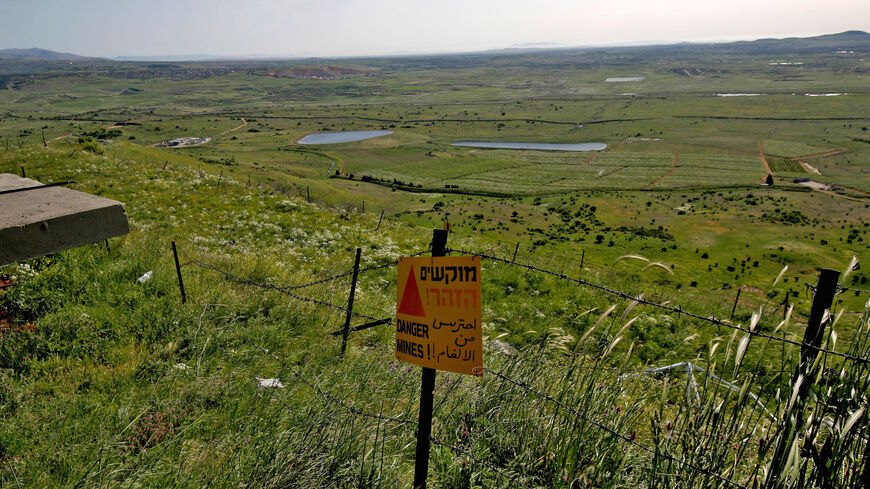 A sign warning against landmines is seen by a barbed-wire fence in the Israeli-annexed Golan Heights on April 22, 2021 near the border fence with the Syrian governorate of Quneitra. - JALAA MAREY/AFP via Getty Images

An Israeli woman who earlier this year crossed the border into Syria “seeking adventure” has been sentenced to eight months in prison by an Israeli court.

Haaretz reports that the Nazareth Magistrate's Court convicted the woman of “illegally crossing the border into Syria, another breach of the law governing entry into Israel, violating a legal order, and interfering with a police officer's duty.”

Israeli news outlets have reported that the 25-year-old woman had a history of mental illness. The military, which has barred journalists from publishing her name or picture, says she crossed into Syria from the Golan Heights in early February.

Syrian authorities reportedly arrested her in the Druze village of Hader and questioned the woman as a suspected spy. Syria’s Russian mediators then contacted Israel about her detainment.

The woman was released on February 19 as part of a deal brokered by Moscow. Under the reported arrangement, Israel released several detained Syrians. The Israeli government also reportedly funded the purchase of hundreds of thousands of Russian-made coronavirus vaccines that were delivered to Syria. Then-Prime Minister Benjamin Netanyahu denied that Israeli vaccine shipments were part of the swap deal but did not specifically deny financing Russian doses.

Upon her return to Israel, the woman was questioned by the Shin Bet security service and reportedly told them she did not regret traveling to Syria.

“I was seeking adventure, and didn’t intend to meet anyone specific,” Channel 12 reported she told investigators. “Syria was, for me, another destination for a trip.”

Social media posts indicate the woman, who reportedly is fluent in Arabic, has traveled throughout the West Bank. Channel 13 reports that she previously wrote on Facebook, “No fence will stop me.”

Israeli authorities say she twice attempted to enter the Hamas-ruled Gaza Strip. A Hezbollah-affiliated journalist also said she was spotted on the Lebanese border in October 2020.