More than 200 health professionals have signed on to a letter asking Secretary of State Antony Blinken to urge Egypt to address dire conditions inside its prisons. 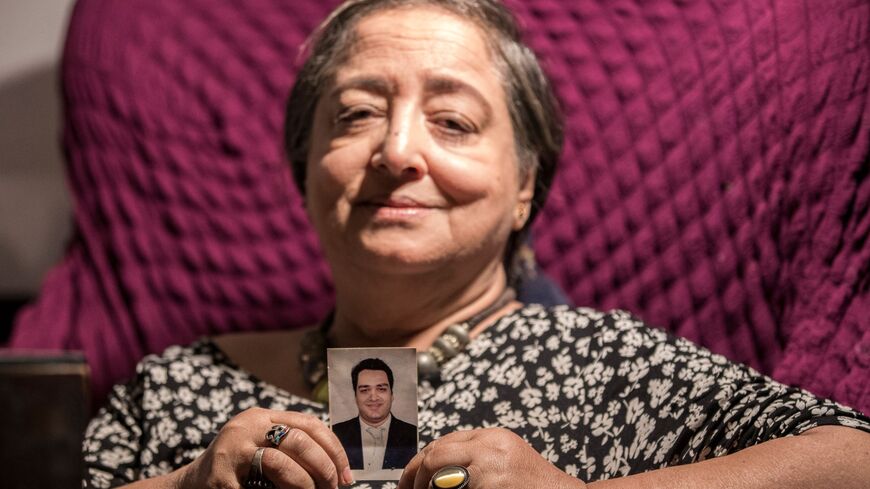 Egyptian journalist Ekram Yousef, mother of former Egyptian parliament member Ziad al-Eleimi, who is imprisoned, holds a picture of her son during an interview with AFP at her home in the capital, Cairo, on Nov. 12, 2020. She says he has medical issues, including diabetes, and fears for his health. - KHALED DESOUKI/AFP via Getty Images

A letter to Secretary of State Antony Blinken from more than 200 medical professionals urges him to pressure Egypt over the inadequate medical care and dire humanitarian conditions in the country’s prisons.

“I am appealing to you directly to intervene for the sake of those in dire need,” read the letter organized by Freedom Initiative, a Washington-based advocacy group.

The health workers called on Blinken to address prison overcrowding with his Egyptian counterparts and to urge them to release “high numbers of prisoners held unjustly in pretrial detention, on politically motivated allegations, or who are at grave risk of contracting Covid-19.”

The letter also calls for the secretary to press for an immediate investigation into “inhumane” prison conditions. The probe should include oversight from international bodies and allow access to representatives from the International Committee of the Red Cross, the letter read.

The medical professionals highlighted “the unique role of the United States in exerting influence for a positive outcome in this situation due to the robust military, economic, and political support that the US extends to Egypt as an ally.”

Cairo receives roughly $1.3 billion in annual military aid from Washington. Congress has conditioned a fraction of its annual assistance on Egypt making improvements on human rights, a condition which is subject to a presidential waiver.

According to Freedom Initiative, abysmal conditions led to the deaths of at least 100 people in 2020. New York City taxi driver Mustafa Kassem died in January 2020 following several hunger strikes he launched to protest his imprisonment.

Since Egyptian President Abdel Fattah al-Sisi came to power in a 2013 coup, tens of thousands of perceived government critics have been thrown in jail, many on vague terrorism charges. In April, the UN High Commissioner for Human Rights estimated that Egypt’s prison population had grown to more than 114,000.

Blinken has said human rights will be “central to the US-Egypt bilateral relationship” in the Biden administration. During a visit to Egypt in May, Blinken said he raised the cases of wrongfully detained Americans with Sisi and the two had a “lengthy discussion” on human rights.