The owner of the Ever Given has reached a settlement for an undisclosed amount with the Suez Canal Authority. 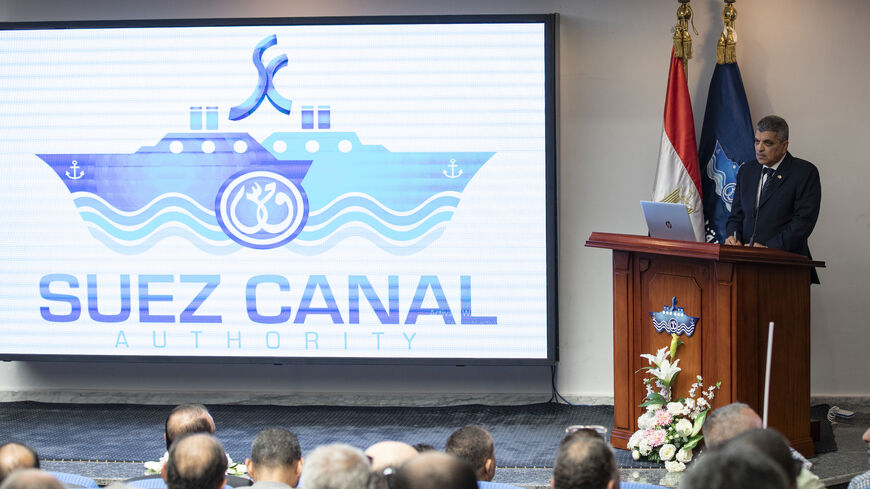 Osama Rabie, chair of Egypt's Suez Canal Authority, speaks during a press conference after the release of the Ever Given on July 7, 2021 in Ismailia, Egypt. - Roger Anis/Getty Images

The ship that blocked the Suez Canal finally left Egypt on Wednesday following an agreement between its owner and Egyptian authorities.

The Panamanian-flagged Ever Given emerged from the canal and entered the eastern Mediterranean Sea, according to the ship-tracking website MarineTraffic.

The 220,000-metric-ton container ship was stuck in the Suez Canal for about a week in March. The incident created a traffic jam of more than 100 ships and had major effects on global trade, 12% of which passes through the canal. Egypt approved a plan to widen and deepen parts of the waterway in May.

Egypt had been holding the ship, seeking hundreds of millions of in compensation. An Egyptian court lifted an impound on the vessel Tuesday following an undisclosed agreement between the Suez Canal Authority and Ever Given’s Japanese owner Shoei Kisen, according to the Egyptian state-owned Al-Ahram news outlet.

Japan’s Ambassador Masaki Noke said the agreement between Kisen and the Suez Canal Authority “satisfies the two parties” in a Wednesday statement.