The fate of millions of Syrians hangs in the balance as Russia threatens to shut a crossing vital to humanitarian aid. 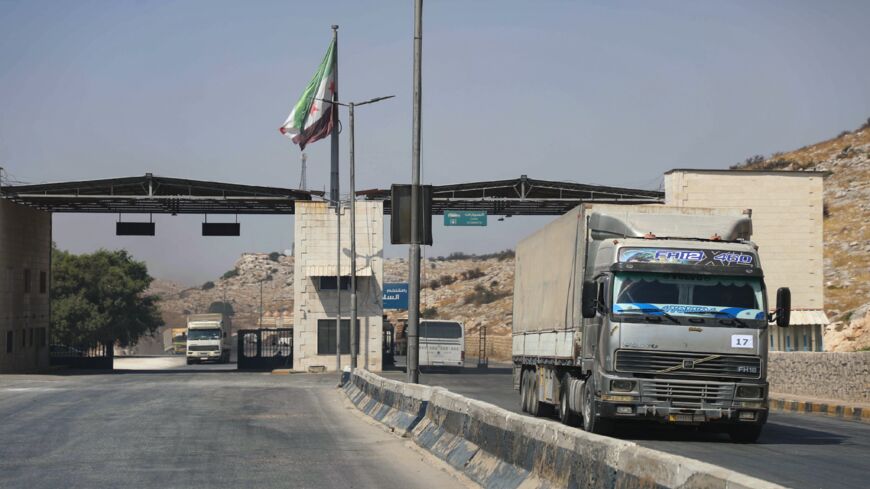 The fate of the last cross-border humanitarian corridor through which life-saving aid to millions of Syrians is delivered hangs in the balance once again, with Russia threatening to wield its veto power at the UN Security Council to block it.

The United States has launched an all-out diplomatic effort to dissuade Russia from such action, emphasizing the likely horrific consequences if it were to go through with its threat.

Some 3 million Syrians displaced by the country’s decadelong conflict, sheltering in dire conditions in the northwest province of Idlib on the Turkish border, would be directly affected.

US Ambassador to the United Nations Linda Thomas-Greenfield, who toured the Turkish-Syrian border last week, told reporters, “This is their lifeline. Over the last year and a half, some members of the Security Council succeeded in shamefully closing two other crossings into Syria.” The envoy was referring to humanitarian corridors through Iraq that supplied the Kurdish-administered northeast of the country and Jordan. Both were shut down because of Russia’s and China’s objections, part of Moscow’s ongoing drive to force the international community to channel aid via Damascus and bolster the legitimacy of the Assad regime. Another, via Turkey Bab al-Salam, was also shut down in June 2020 due to Russia.

Aid that does go via Damascus is weaponized against its opponents; that is, denied to areas that rebelled against the regime then seized back by it with the help of Russia and Iran.

“Moscow is intent to end all cross-border assistance, ostensibly to restore Damascus’ sovereignty over every inch of Syria but also to put pressure on Ankara to revisit their posture to Damascus,” said Dareen Khalifa, Syria researcher for the International Crisis Group, a conflict resolution outfit. Although Turkey has since 2015 abandoned its campaign to overthrow the Assad regime, providing arms and haven to Sunni rebels, it refuses to formally engage — for now — with Damascus.

“Bab al-Hawa is literally all that is left. … If it is closed, it will cause senseless cruelty,” Thomas-Greenfield said of the border crossing, through which around 1,000 UN trucks deliver food, medical supplies and other humanitarian relief to Idlib every month, covering some 85% of 4 million people in need of assistance. The looming disaster is amplified by the COVID-19 pandemic and comes amid warnings from the World Food Program of an unprecedented hunger crisis in the country.

Idlib remains largely under the control of Hayat Tahrir al-Sham, a jihadi group formerly affiliated with al-Qaeda that is currently seeking to rebrand itself as a moderate Islamist good faith actor with a purely Syrian focus, but Washington is not buying it.

The Security Council’s mandate for UN aid via Bab al-Hawa expires July 10. Without a resolution, “UN agencies do not possess the legal framework they deem necessary to provide cross-border humanitarian aid to affected populations. A UN withdrawal not only would put an end to UN-implemented programming but would also result in the loss of the entire UN set up there,” warned the Atlantic Council in a recent policy brief.

So how likely is Russia to pull the trigger? Amid all of the emotional appeals, quite a bit of horse-trading is going on behind the scenes, according to sources familiar with the diplomatic traffic between Washington, Ankara and Moscow. Moscow will continue to leverage its veto power over the border crossings in order to incrementally increase Assad’s control over the country; that is the calculation, analysts say.

Aaron Stein, research director for the Foreign Policy Research Institute, a think tank based in Philadelphia, said, “The United States and Russia are circling each other, and I do think there is an understanding … for more compromise.” Stein continued in emailed comments to Al-Monitor, “Russia won’t veto, in exchange for more aid being sent to Syria, which would necessarily mean more sent via Damascus and Turkey.”

“The Turks need the United States here to counterbalance the Russians because they can’t actually go it alone without the UN infrastructure needed to deliver cross-border assistance. And without that assistance, the burden of caring for the Syrians under Turkish control grows,” he added.

Syria is expected to figure prominently during Turkish President Recep Tayyip Erdogan’s first face-to-face meeting with Joe Biden on the sidelines of the upcoming NATO summit in Brussels July 4. Relations between the NATO allies remain tense notably because of Turkey’s acquisition of S-400 Russian missiles deemed by Washington to be a menace to Western security. For that reason, Turkey was excluded from a consortium to produce state-of-the-art F-35 fighter jets and placed under Countering America’s Adversaries Sanctions.

Turkish Defense Minister Hulusi Akar declared in an interview Monday with the pro-government daily Hurriyet that “our biggest problem with the United States is not the F-35s or the S-400s … it is the PKK/YPG terror organization.” Akar was alluding to the Kurdistan Workers Party (PKK) and its Syrian franchise, the People’s Protection Units (YPG). The latter is the US-led coalition’s principal partner in the ongoing campaign to eradicate remnants of the Islamic State in Syria.

Turkey wants Washington to ax the partnership on the grounds that the YPG poses as much of a threat to its security as does the PKK, which has been waging an armed insurgency against the Turkish state since 1984. Akar’s comments place the blame for the meltdown of US-Turkish ties on Washington, whose alliance with the YPG preceded Turkey’s moves to purchase the S-400s in 2017.

Syria and the border crossing issue will likely also feature on the agenda when Biden meets his Russian counterpart, Vladimir Putin, in Geneva June 16. “The wildcard is if a compromise can be reached, we could see a return to functional back-channel talks between the United States and Russia and how that could lead to discussions about shared concerns such as the jihadist problems in Idlib,” Stein noted.

“It gets very muddy over shared definitions, but I can see the Russians asking the Americans to take a harder look at counterterrorism concerns in Idlib. But the broader thing is that all this is nestled within a Biden approach to cool things down with the Russians and to see if we can’t step back and ease tensions a bit, which is where this does link to the Geneva bilateral [talks],” he added.