The vaccines were sent to territory controlled by the UAE-backed Southern Transitional Council. 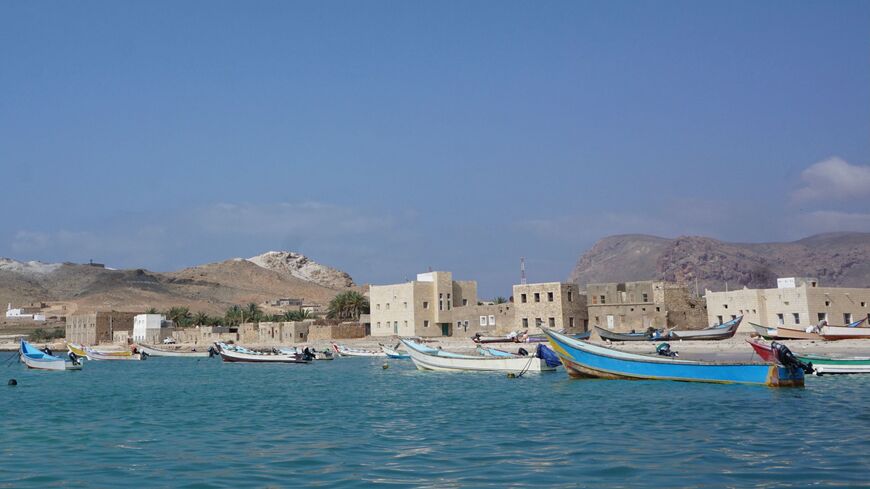 Boats are pictured at Qalansiyah on the west of the Yemeni island of Socotra, the second biggest settlement on the Indian Ocean archipelago, on April 15, 2021. - PETER MARTELL/AFP via Getty Images

The United Arab Emirates dispatched COVID-19 vaccine doses to Yemen’s Socotra governorate on Thursday. Yemen’s fight against the coronavirus is hindered by the war raging in the country.

The 60,000 vaccine doses were sent by the Emirates Red Crescent to Khalifa bin Zayed Hospital, named after the Emirati president. They will be used in a free vaccination campaign for local residents in Socotra, according to the official Emirates News Agency.

Socotra is an archipelago controlled by the separatist Southern Transitional Council, which the UAE supports in the Yemeni civil war. It controls much of southern Yemen, including Socotra in the Arabian Sea. The council broke away from the Saudi-backed government in 2017, but the two sides reconciled last year.

The Yemeni civil war began in 2014 between the government of President Abed Rabbo Mansour Hadi, who is backed by a Saudi-led military coalition, and the Houthi rebels, who are supported by Iran.

The war has been devastating for the Yemeni people and is often called the world’s worst humanitarian crisis by international observers. A UN official said Tuesday that five civilians are killed or injured every day in the country.

The war has made it difficult for the country to mitigate the spread of COVID-19. In war-torn Marib province, for example, displacement and poor sanitation heighten the risk of people contracting the virus, according a UN report from May.

Socotra is not currently experiencing the intense warfare now affecting other parts of Yemen.

Yemen as a whole has made little progress with its vaccine rollout so far, and less than 1% of the population has received a dose, according to Oxford University’s Our World in Data.

The Emirati shipment could make a significant dent in vaccinating Socotra, though. There are only between 90,000 and 150,000 people on the islands, including Yemenis who fled fighting on the mainland.

Emirates News Agency did not specify which type of vaccine the UAE sent to Yemen. One of the vaccines that has been used in the UAE is China’s Sinopharm, which Emirati authorities later concluded was not sufficiently effective for some recipients.