Some Houthi officials in Yemen have already been sanctioned by the United States and the United Nations this year. 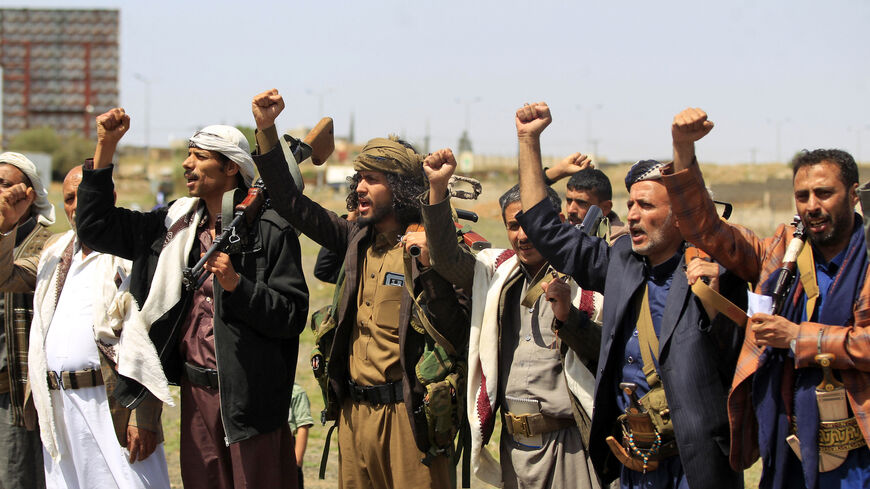 Yemeni fighters loyal to the Iran-backed Houthi rebels raise their clenched fists during a rally to express solidarity with the Palestinians, in the capital Sanaa, on May 20, 2021. - MOHAMMED HUWAIS/AFP via Getty Images

Sen. Jim Risch of Idado, who is the top Republican on the Senate Foreign Relations Committee, led the publication of the letter on Monday to US Ambassador to the United Nations Linda Thomas-Greenfield.

Risch, along with Sens. Marco Rubio of Florida, Todd Young of Indiana and Mike Crapo of Idaho, implored the diplomat to highlight abuses and “mass indoctrination of the Yemeni people” carried out by the Iran-backed Houthi forces. They said that the lack of attention on the issue discourages the Houthi rebels from negotiating in Yemen’s civil war.

"For too long, the international community has turned a blind eye to Houthi atrocities,” wrote the senators. “This lack of international attention has led to a culture of impunity, and, as a result, the Houthis today are less willing to negotiate in good faith.”

Yemen has been embroiled in a devastating civil war since 2014. The government of President Abed Rabbo Mansour Hadi, supported by a Saudi-led coalition, is fighting against the Houthi rebels, backed by Iran. Efforts by the administration of US President Joe Biden to negotiate a peace deal have failed to yield an agreement so far.

The senators, who are critical of Iranian policy in the region, said the Houthis' rule is intrinsically tied to the Islamic Republic.

“To maintain power, the Houthis have developed a repressive intelligence apparatus that, like Iran’s Islamic Revolutionary Guard Corps, operates outside normal ‘state’ control and reports directly to the movement’s senior leader, Abdulmalik al-Houthi,” they said.

The senators asked Thomas-Greenfield to ensure alleged human rights abuses by Houthi forces are a part of UN Security Council meetings, statements and resolutions related to the Yemen conflict.

Upon taking office, the Biden administration removed the terrorist designation of the Houthis, formally known as Ansarallah, and appointed US Foreign Service Officer Tim Lenderking to serve as the US Envoy to negotiate an end to the war in Yemen.