The four-week World Cup tournament will hold all of its matches in full stadiums. 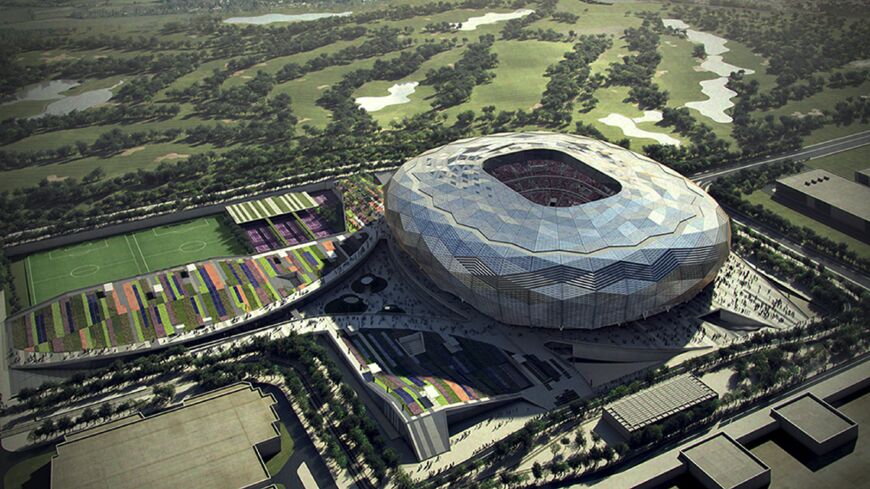 In this handout image supplied by Qatar 2022, this artist's impression represents Qatar Foundation Stadium. Qatar will host the FIFA World Cup in 2022. - Handout/Supreme Committee for Delivery & Legacy via Getty Images

Qatar said on Sunday that spectators for the 2022 World Cup must be fully vaccinated, with Prime Minister Sheikh Khalid bin Khalifa bin Abdulaziz Al Thani saying the Gulf country is taking the precaution to ensure the monthlong football competition remains safe for fans.

“When the date of the FIFA World Cup Qatar 2022 comes, most countries of the world will have vaccinated and immunized their citizens,” Sheikh Khalid said Sunday, as quoted by state news agency QNA. “Due to the possibility that some countries will not be able to vaccinate all their citizens, Qatar will not allow fans to enter stadiums without receiving a full vaccination against the virus.”

Sheikh Khaled added that Doha is negotiating with an unnamed company to provide 1 million coronavirus vaccine doses to those coming to the World Cup. He didn’t say how or when those vaccines would be distributed.

“Our primary goal in vaccinating the unvaccinated is to protect the public health of citizens and residents,” he said, adding that 72% of the population "will have received at least one dose" by next week.

The tiny country of some 2.7 million has recorded 583 deaths from COVID-19 and roughly 220,800 cases. The Qatari government began easing coronavirus restrictions in May and aims to fully reopen the economy by July 30.

Qatar is the first Middle East country to host the FIFA World Cup, football’s most-watched event. Human rights groups have condemned Doha for its poor labor conditions and treatment of migrant workers, more than 1,000 of whom are estimated to have died on the job while constructing the mega-tournament’s stadiums.

The Gulf state has agreed to some labor reforms since winning the contract to host the World Cup in 2010, including removing visa requirements on most migrants that required they obtain permission from their employers before leaving the country.