Omani Foreign Minister Badr al-Busaidi told his Israeli counterpart that the Gulf country is hopeful the new government in Israel can take "concrete steps" to establish a sovereign Palestinian state. 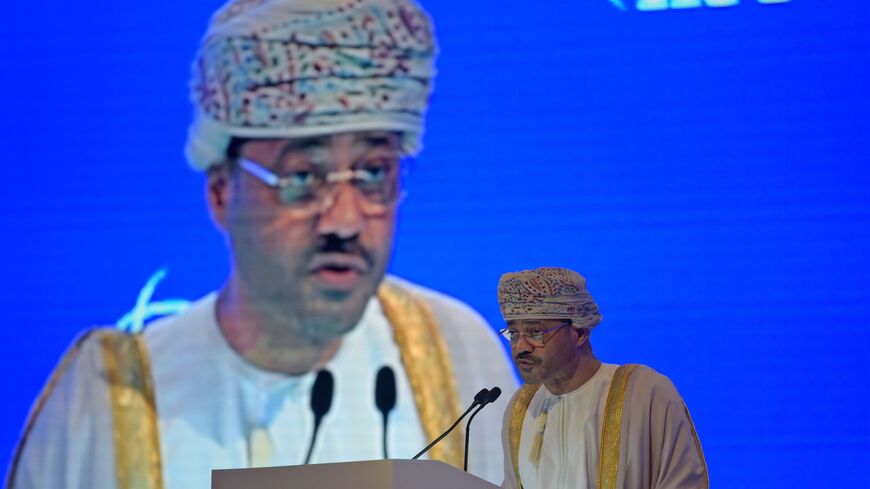 Oman is hopeful that the new government in Israel will take “concrete steps” toward establishing an independent Palestinian state with east Jerusalem as its capital, the Omani foreign minister told his new Israeli counterpart on Thursday.

Despite the inclusion of an Arab party, the fragile coalition government is not expected to advance an agreement with the Palestinians. Ultraconservative Prime Minister Naftali Bennett, a former settler leader, is steadfastly opposed to the creation of a Palestinian state and his right-wing Yamina party backs expanding the Jewish settlements in the West Bank that much of the international community says threaten prospects for a political solution.

Oman remains a strong supporter of a two-state solution and despite being floated as a possible candidate, has not signed onto the Abraham Accords normalizing relations between Israel and Muslim-majority countries. Palestinians described the US-brokered deals as a betrayal by longtime Arab allies.

Oman has no formal ties with the Jewish state but enjoyed a brief period of rapprochement in the mid-90s. The two countries have grown closer in recent years, as underscored by Netanyahu’s surprise trip to Muscat to meet with late Sultan Qaboos Bin Said in 2018. Shortly after Netanyahu’s landmark visit, Israel’s flagship carrier, El Al, was granted permission to fly into Omani airspace.

Asked about the potential for formal ties with Israel, bin Alawi told Al-Monitor in September 2019 that “everything is on the table.”